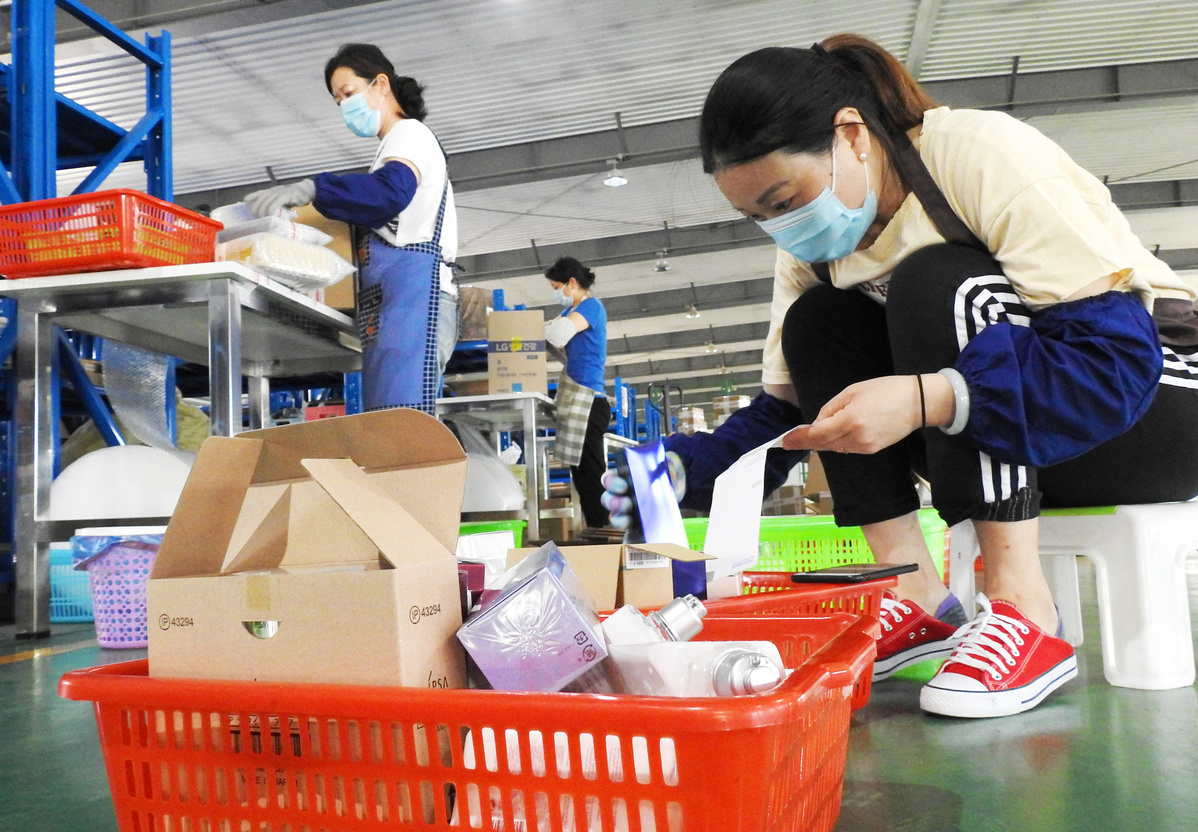 In the first half of the year, trade via cross-border e-commerce platforms, under the oversight of Customs authorities, increased by 26.2 percent year-on-year, with exports and imports up by 28.7 percent and 24.4 percent, respectively, data from the General Administration of Customs (GAC) showed.

In April, the State Council decided at an executive meeting to set up 46 new, comprehensive cross-border e-commerce pilot zones, bringing the total number to 105.

In addition to applying practices proven effective in boosting the flow of commerce, firms in these zones will enjoy supportive policies, such as exemption of value-added and consumption taxes on retail exports, and assessed levies of corporate income tax.

Companies will be supported to jointly build and share overseas warehouses, a statement released after the meeting said.

In Zhengzhou, capital city of Central China's Henan province and one of the second batch of such pilot cities, total foreign trade via e-commerce channels in the Zhengzhou Xinzheng Comprehensive Bonded Zone surged by 114 percent to 4.45 billion yuan ($642 million) in the first half. The imports in the zone almost doubled from last year, while exports rose more than fivefold.

Because of its advantages, including online trading and contactless delivery, cross-border e-commerce has played a positive role in helping foreign trade firms cushion COVID-19 shocks as a new form of trade, GAC spokesperson Li Kuiwen said at a news conference.

The GAC announced on June 12 it is carrying out pilot regulations for cross-border e-commerce business-to-business exports in 10 cities starting July 1. It offered enterprises simplified export declarations and paperless Customs clearance, among other supportive measures.

During the first week of implementation, the 10 local Customs checked and issued 266,000 bills of entry and declaration forms, involving 250 million yuan worth of goods, Li said.

Starting Sept 1, the pilot regulations will be expanded to another 12 cities, the GAC announced on Thursday.

In April, the world's second-largest economy logged positive growth in exports for the first time this year. In June, exports and imports both rose.

The momentum was sustained through July as total foreign trade volumes rose by 6.5 percent year-on-year. Exports and imports went up by 10.4 percent and 1.6 percent, respectively.

The situation for foreign trade and investment, however, is still grim as the worldwide spread of COVID-19, a severe global economic recession, and significant declines in international trade and investment as well as rising protectionism are all taken into account, said Ren Hongbin, assistant minister of commerce.

According to World Trade Organization estimates, global trade would slump between 13 percent and 32 percent this year.

To further stabilize foreign trade, the State Council announced on Wednesday it had issued a guideline to roll out more measures aimed at protecting foreign trade entities and keeping supply chains stable.

More efforts will be made to help foreign trade firms expand their clientele and improve trade facilities and services, including cross-border e-commerce platforms, cross-border logistics, and overseas warehouses, it said.

For many traditional trade firms, cross-border e-commerce remains an important option for digital transformation and an effective hedge against external risks, analysts noted.

In the latter half of the year, the GAC will further simplify clearance procedures and cut logistics costs to optimize the business environment at ports, Ni said, who pledged to advance reforms in the regulation of cross-border e-commerce to help businesses better tap the global market.