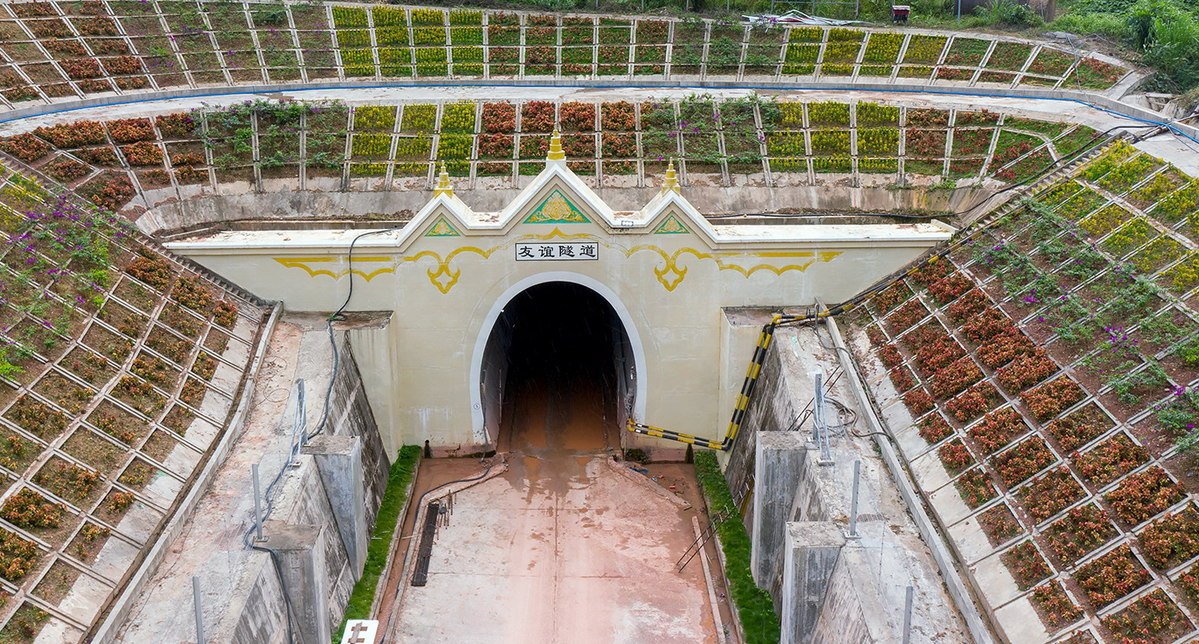 The Friendship Tunnel of China-Laos Railway is completed on Sunday. [Photo by Chen Chang/For China Daily]

Despite geographical obstacles, construction of the cross-border tunnel on the China-Laos Railway was completed on Sunday, laying a solid foundation for the full operation of the whole line, according to local authorities.

Dubbed the "friendship tunnel", the key project of the railway stretched 9.59 kilometers, with 7.17 kilometers in Xishuangbanna, Yunnan province, and 2.42 kilometers on the Lao section, according to the China Railway Kunming Group.

"Mudstone and sandstone are very water-softened and can easily cause collapse and deformation during construction," he said, adding that the company came up with targeted measures to ensure safety while speeding up construction thanks to the concerted efforts of more than 1,200 Chinese and Lao workers.

The company has also scaled up technical research on rock salt, which is high corrosive to roads, concrete and metal, and adopted world-class technologies to shield the railway from saltwater erosion, he said.

Liu Juncheng, of the China railway group, noted that the completion of the high-risk tunnel marks a significant step forward in the construction of the China-Laos project.

So far, 80 tunnels have been finished on the Yuxi-Mohan section of the Chinese part of the railway. Track-laying and construction of stations have also been in full swing, he added.

Built with the full application of Chinese management and technical standards, the 1,000-plus kilometer railway will run from Kunming, Yunnan's provincial capital, to Vientiane, capital of Laos, with an operating speed of 160 km per hour.

The railway serves as a strategic docking project between the China-proposed Belt and Road Initiative and Laos' strategy to transform from a landlocked country to a land-linked hub, which will boost the regional economy and bring tremendous benefits to the people in the two countries.

The electrified passenger and cargo railway, which started construction in December 2016, is scheduled to be completed and opened to traffic at the end of 2021. The railway will reduce the travel time between Kunming and Vientiane to half a day.