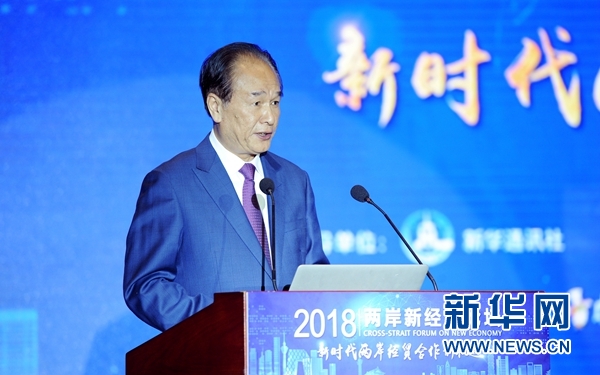 More than 100 people, including entrepreneurs and scholars of finance and economics from the Chinese mainland and Taiwan, attended the forum and discussed issues about new opportunities for cross-Strait economic and trade cooperation in the new era.

While addressing the event, Xinhua President Cai Mingzhao said the two sides of the Taiwan Strait are of an inseparable community with a shared future. He stressed that the economic and trade cooperation between both sides is in line with the hope and interests of cross-Strait compatriots.

He said Xinhua News Agency is willing to keep performing new functions to promote peaceful development of the cross-Strait relations and mutually beneficial cooperation between the two sides.