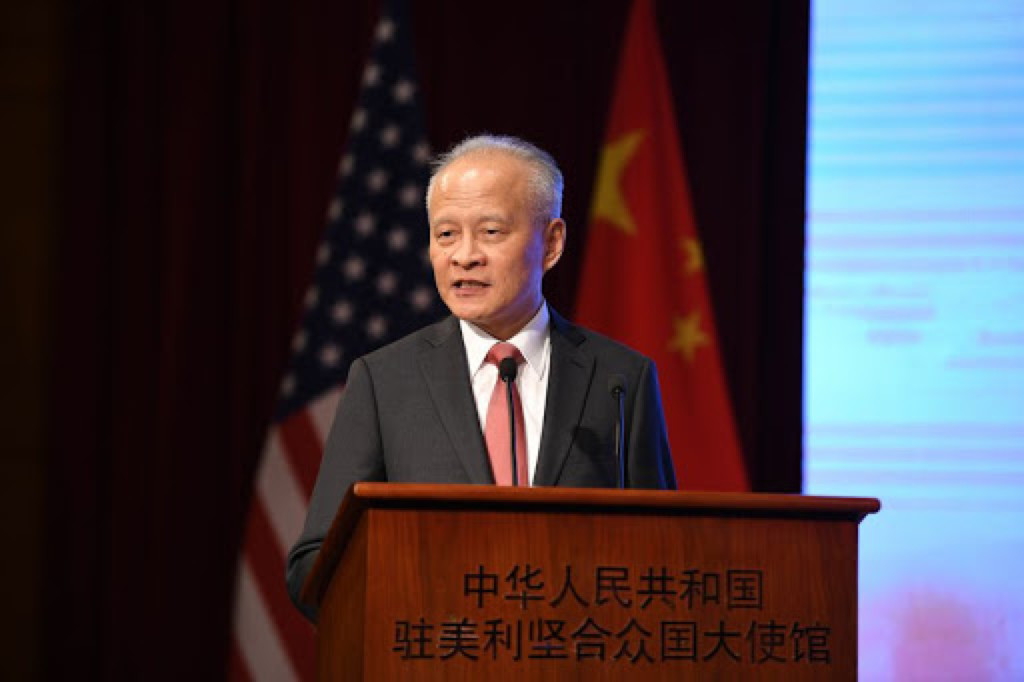 Chinese Ambassador to the United States Cui Tiankai thanked China's disease expert Zhang Wenhong in a written letter for sharing his experience and advice on the COVID-19 pandemic with the Chinese people in the U.S., saying that the exchange helped Chinese overseas tackle the virus in a more scientific way.

As of Friday, the United States has surpassed Italy becoming the most severely infected country with 85,520 confirmed cases and 1,297 deaths.

In the letter, Cui reiterated firm support from the embassy to the Chinese in the U.S., saying that he would always stand with them and provide necessary support to them.

At the invitation of the Chinese embassy to the U.S., Dr. Zhang held an online talk on Thursday night with representatives of the Chinese who are currently living and studying in the U.S.

During the talk, Zhang analyzed the current outbreak situation in the U.S. He urged people to consult doctor and go to the emergency room if they had symptoms such as breathing difficulties. Seeking help from the embassy was also a possibility, added Zhang.

Regarding the protective measures, Zhang advised people to stay at home during the outbreak as the situation in the U.S. is still uncertain.

It remains to be seen when the peak will come, said Zhang, as the quarantine measures and testing have not been carried out thoroughly. But he remained optimistic about the healthcare system in the U.S.

Zhang suggested people to consider whether to go back to China based on their situation as they are also likely to get infected on their way back.

China will temporarily suspend the entry of foreigners with valid visas and residence permits from March 28 and cut international flight routes to just one route a week to each country due to the coronavirus pandemic.