CHINA Cui Xiaodong - the man behind the mics

Cui Xiaodong - the man behind the mics 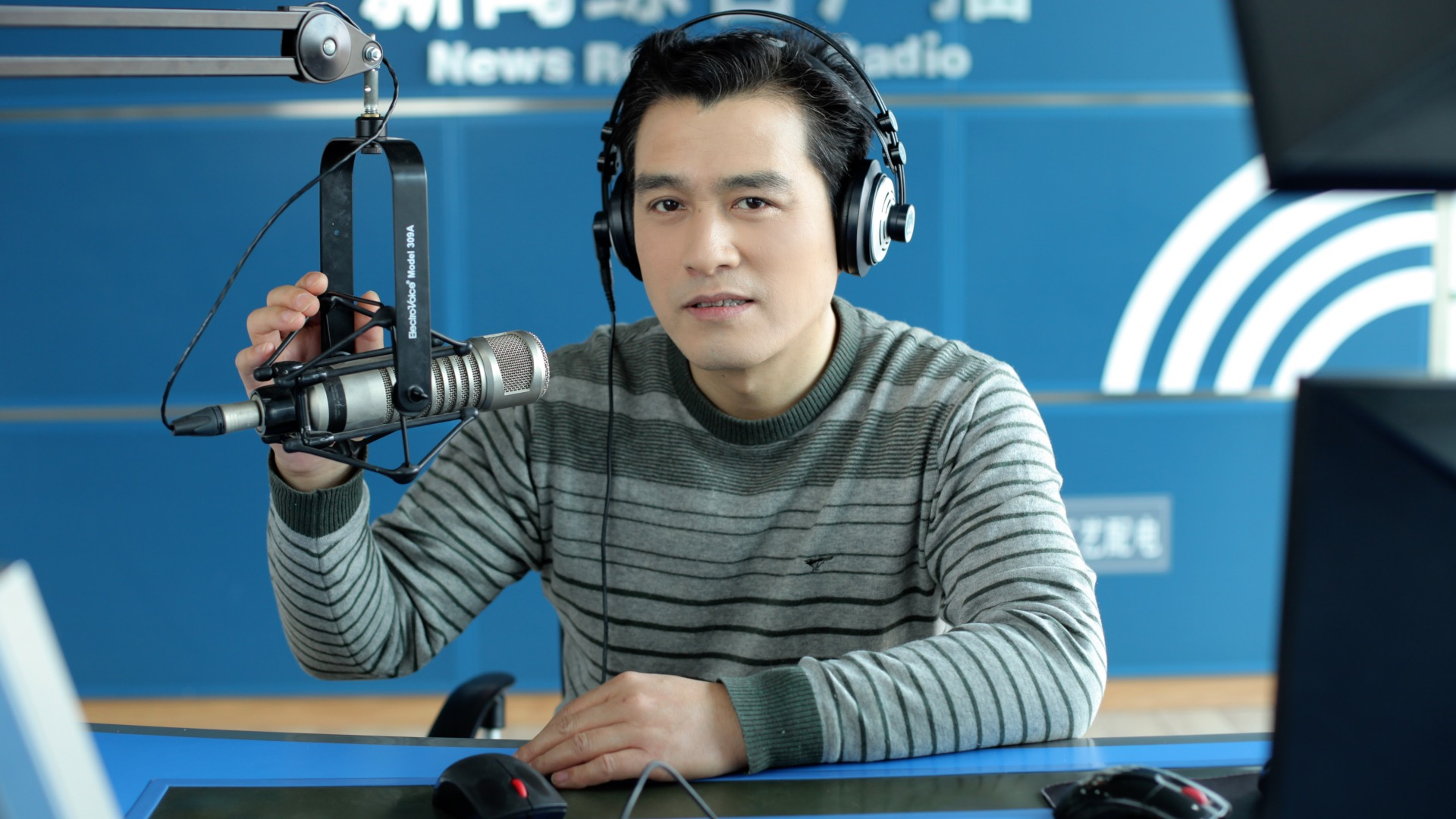 In 1989, Cui Xiaodong excitedly packed his suitcase and left for college in a city 500 kilometers to the south of his hometown, Qiqihar City in northeast China's Heilongjiang Province. Little did he know that his destination, the city of Changchun, would be the start of a promising career.

The 49-year-old is a news anchor at Jilin People's Radio Station in Changchun, but that's not the only hat he wears.

He embraced the "slash career" trend before it became a modern buzzword to indicate a person with multiple job titles, having pursued different opportunities to fulfill both creative and financial needs.

Aside from his anchoring position, Cui is a film dubber and translator. But a career in film and news production was a distant dream for Cui, who studied geological and mineral exploration in college.

"When I received my admission letter from college, I only knew Changchun Film Studio (CFS) was there," Cui told CGTN Digital.

His expeditions led him to recording studios and the halls of dubbing companies.

Over the past 20 years, he has dubbed and translated more than he can remember. Some 800 movies and TV series, but maybe more, according to Cui.

In 1955, China's first dubbing studio, the Film Dubbing Studio of CFS was established. By 1980s, it had produced 700 dubbed films from 30 countries, making foreign films accessible to ordinary Chinese people and bridging the linguistic gap between China and the rest of the world.

The dubbed classics that came out of the studio deeply influenced Cui, enticing him to explore more.

In 1993, as graduation neared, Cui refused to be assigned a job in his field. Instead, he was determined to chase after what he really wanted: Language arts.

Cui worked in a provincial radio station, and got married. His meeting with an experienced dubber introduced him to CFS as well as to a world of difference between anchoring and dubbing he never knew existed.

Although Cui achieved his childhood dream of becoming a news presenter, he realized dubbing was a different but equally appealing affair.

"Dubbing is more like acting, you need to use your voice to bring the character to life, which is quite different from news presenting."

When Cui received an invitation to dub a movie in Beijing, a dilemma presented itself: He could either stay in Changchun and keep doing more of the same, or head north but lose a stable job and get separated from his daughter and wife.

He decided it's a chance worth taking.

Life as a dubber was unstable and unsustainable. But a mistake he corrected in a script he was recording opened the door for Cui to branch out and delve into translation.

"From translating to dubbing, despite the accuracy of lines, the most important thing for dubbers is the length, logic and tones of lines, which help dubbed films stay true to the original scenes," Cui said.

At the time, one single mistake could hinder the dubbing process, bringing everyone back to square one and forcing them to restart from the first line. Dubbers needed to memorize every line, and deliver it in a single take.

Dubbers like Tong Zirong, Qiao Zhen and Ding Jianhua were stars when dubbed foreign films were all the rage in China before 1980s. However, at the end of the 1990s, the golden era of dubbed films came to an end.

The popularity of the Internet, captioning technology and higher education levels in China spelled trouble to the dubbing industry. People now wanted to watch foreign films in their original languages, not in Chinese.

"I fully understand the situation, but I feel bitter," Cui said. "Time goes on, the audiences are changing. But art is beautiful. The words in dubbed films are refined and elegant, when you think about the lines, you feel classy."

Yet, the power of language has gradually weakened in movies and the number of lines reduced, Cui said. He explained that the overuse of visual effects is one of the reasons. The production cycle of dubbed films now takes a fraction of the time and resources it previously needed.

"Undoubtedly, dubbed films must exist. It is a type of art, and there are people who still need it to understand foreign films," he maintained.

Cui stayed in Beijing for 15 years before returning to Changchun in 2015.

He's back behind the mic in the newsroom, but is still paying visits to recording studios.

"I want to do something, maybe a radio program, using the plenty film resources in Beijing," Cui said when asked about his future plans.

"News presenting is my first job... and dubbing provides me with opportunities to experience others' lives and feelings."