A number of cultural activities are ready to open to the public to celebrate the approaching national Cultural and Natural Heritage Day on June 8, the Ministry of Culture and Tourism said on Thursday. 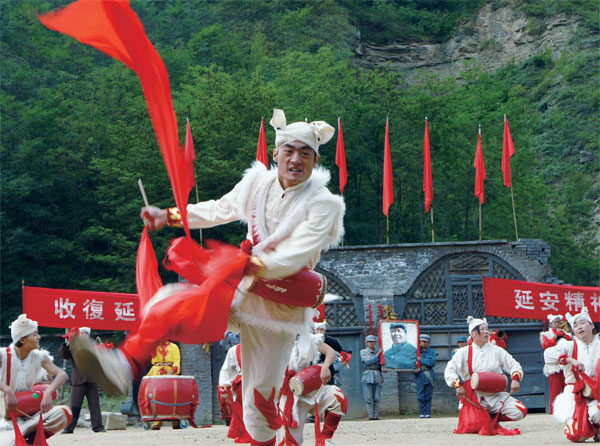 Yu Jiannan, vice-director of the ministry's general office, said the activities include museum exhibitions and shows about intangible cultural heritage.

The museum-related activities will be mainly held in Guangzhou, with shows on intangible cultural heritage mainly organized in Yan'an, Shaanxi province, he said.

Yan'an, a city famous for "red tourism", will stage an opening ceremony and forums themed on revolutionary relics protection, according to Lu Qiong, an official of the National Cultural Heritage Administration.

Lectures on relics preservation will be broadcast by China Central Television on June 8, with live broadcasts online as well.

"We organized a competition on cultural relics for the younger generation, including show performances, painting exhibitions and museum visits, to give young people access to history and Chinese traditional culture," Lu said.

She said that in addition to activities held in Yan'an, about 5,300 museums and 4,300 national key relics protection units nationwide will launch events to make a positive response to the nation's Cultural and Natural Heritage Day.

"Special offers like free admission, free explanations and discounted tickets will be given to visitors," she said.

Zhang Jianhua, an official of the Guangzhou government, said that about 121 activities have been organized for residents, such as knowledge contests and experiencing heritage using virtual-reality equipment.