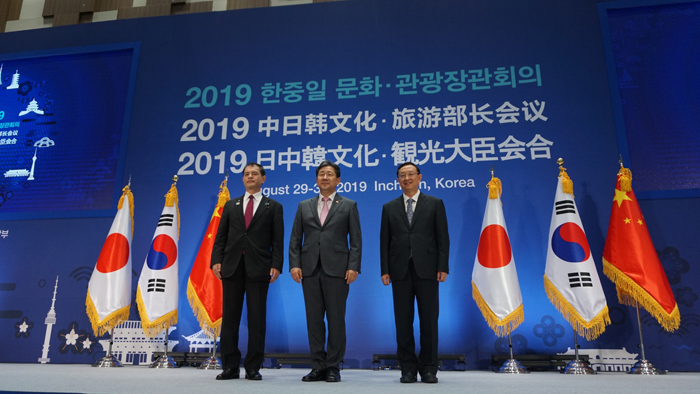 The three ministers reviewed the progress made since their 10th meeting and jointly signed the Incheon Declaration.

The China-Japan-ROK Cultural Ministers' Meeting is one of the important ministerial meeting mechanisms among China, Japan and the ROK. The meeting offers a good platform for the three ministers to exchange opinions on a regular basis.

With the concerted efforts of the three parties, the previous meetings have played a positive role in strengthening cultural communication and cooperation among the three countries, and this year's 11th meeting will continue to push forward practical cooperation in culture fields among China, Japan and South Korea.