CHINA Curing after being cured: infected medical staff return to job after recovery

Curing after being cured: infected medical staff return to job after recovery

While medical staff are working to treat patients on the frontline, some unfortunately got infected themselves. In Wuhan, the People's Daily spoke to five medical staff who, despite being infected with the virus themselves, went back to their jobs once they fully recovered.

Zhou Ning just saved another life after his return to his job on February 10. 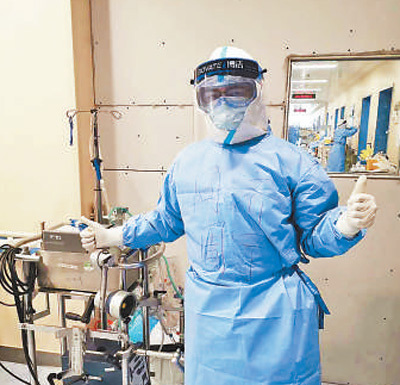 "The surgery was successful. The patient is on ECMO now, and the injuries caused by anoxia have been reduced," Zhou, cardiologist at Tongji Medical College of Huazhong University of Science & Technology, said after he walked out of the operating room.

"As a doctor, I must try everything I can to save those patients with severe symptoms. Every life we saved from the hands of death is a victory," he said.

On January 17, Zhou received a patient with a fast heart rate. The patient was soon found to be a highly suspected case of COVID-19. Due to close contact with the patient during treatment, Zhou had a fever four days later and decided to quarantine himself at home.

With medication and enough rest, Zhou regained his health and later shared his experience of self-quarantine at home on social media where he offered tips of coping with the illness as a medical professional with mild symptoms.

Zhou returned to his job immediately on February 10, the day when his quarantine was over.

“The hospital was concerned that I may not be able to handle the workload since I just recovered,” Zhou said. “But our hospital is one of the hospitals that treat patients with severe symptoms. We are really busy at this point; treating patients is our responsibility for always.”

“I want to bring my treatment experience back to work as soon as possible,” Yuan Haitao, Chief Physician of ICU at Wuhan Dongxihu People’s Hospital, said. 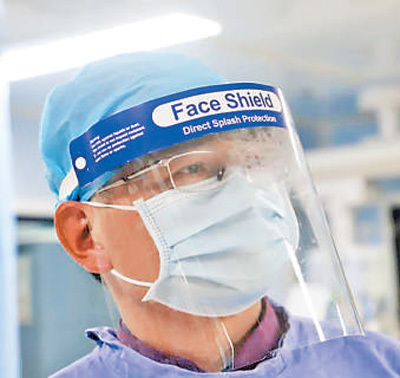 On February 21, the 44-year-old physician, with almost 20 years of experience, changed his clothes back to the isolation wear in the isolation ward on the 19th floor of the hospital.

Yuan contracted the virus while transferring an COVID-19 infected patient to ICU. The patient just underwent intubation – a medical procedure that put the medical staff around at an extremely high risk of infection.

The next day, Yuan’s temperature rose to 39 degrees and was hospitalized after three days. His condition deteriorated half a month later and was transferred to ICU.

Fortunately, Yuan’s temperature had dropped gradually under treatment. During his days at ICU, he was also concerned about the patient’s condition and asked for his test results to practice “remote treatment” on the patient.

To Yuan’s relief, the patient is removed from the ventilator. He also helped the patient make a video for his family in celebration of the patients’ birthday.

“I was sick because of the same illness, but have recovered from it. Here, have a sip. Your four daughters are all waiting for you to come back home,” Wu Junye, a nurse from the department of Ear-Nose-Throat (ENT) at Wuhan Third Hospital, said to a 78-year-old infected female patient who wouldn’t eat her breakfast. 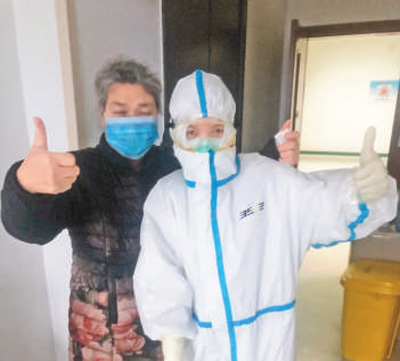 “Many patients fear and reject treatment because of their bad mood,” Wu said. “Since I was an infected patient myself before, I understand their concerns better. At the same time, they would listen to my advice.”

Wu confirmed her infection on January 30. After treatment and a 14-day quarantine, she went back to her job of nursing patients with fever.

Upon learning the old woman’s daughters were outside Wuhan, Wu often talked to the patient and helped wash her face and hands.

“You gave me the courage to fight the virus,” one patient said, who asked for a group photo with Wu before being discharged from the hospital. “I want to remember your face.”

“He just recovered from his illness but donated his blood to us without hesitation even if we have never met before,” Wuhan Xiehe Hospital received a thank-you letter from a patient’s family after its nurse made a donation of 400ml of blood at a blood donation center in Wuhan. 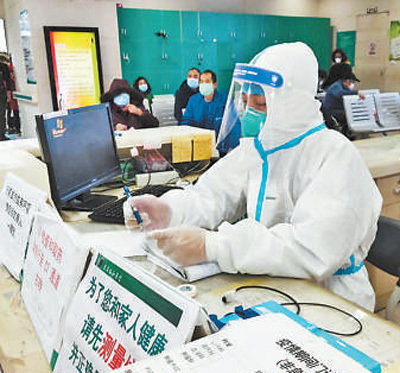 “It’s just something I feel like doing,” Xie San, who returned to his job a few days after the donation, said. “There are many other ordinary people donating blood at the center. I think they deserve a thumbs-up more than I do.”

Xie has been working on the frontline for more than 40 days before he was infected with the coronavirus. According to his co-worker, Xie once practiced CPR on an infected patient. During the process, the patient vomited, but that didn’t stop Xie from doing his job.

“When I first learned that I was infected, I was afraid, too.” Xie said. “But when I got better, I wanted to go back to work.”

“Look, your CT scan results have improved from the last time,” Zou Jinjing, a respiratory physician at the People’s Hospital of Wuhan University, told her patient. “It’s a like a child growing up - you can’t fast-forward but he will grow up eventually.” 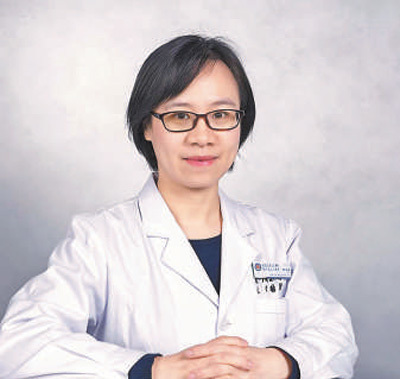 On January 17, Zou began to have a fever and cough. Then she confirmed her infection of the COVID-19 and went to the hospital for treatment. Only when her condition got better did Zou tell her 10-year-old daughter about her illness in a video call.

On February 24, Zou’s application to return to work was approved by the hospital upon her full recovery and the completion of a 14-day quarantine.

“Instead of saying my work needs me, I would say I need to work.” Zou said.