Guangzhou customs officers in Guangdong province will expand cooperation with their counterparts in the Hong Kong and Macao special administrative regions to curtail the smuggling of frozen meat, a senior officer said on Monday.

Tan Junquan, deputy director of Guangzhou Customs' anti-smuggling bureau, said at a news conference in Guangzhou that officers have seized more than 1,800 metric tons of frozen meats and related products, valued at 43.1 million yuan ($6.44 million) after cracking 12 major cases since the beginning of the year. 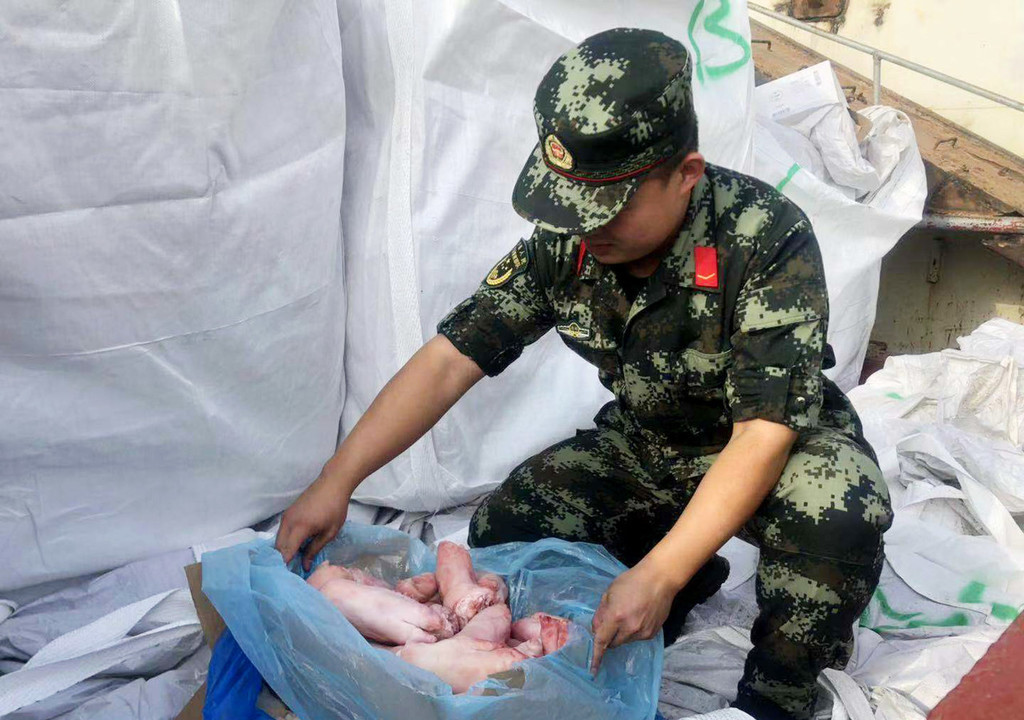 In one case, customs officers seized 750 tons of frozen chicken and pig feet smuggled from Brazil, Britain and Germany, after investigating a ship at the mouth of the Pearl River on Feb 26. Two suspects were detained.

On March 14, customs officers seized 390 tons of frozen beef, tripe, and chicken after investigating a ship. Four suspects were detained in the operation.

"The smugglers can now earn up to 15,000 yuan if they successfully smuggle 1 metric ton of frozen beef into the mainland," Lin said. "The big price gap and the large profits have encouraged smuggling in recent years."

Many of the seized products had not yet passed health inspections and would pose a serious threat, Lin said, adding that some of the meat might have come from areas with animal epidemics.

Tan said that in addition to expanded patrols in the major water channels, and big data analysis, Guangzhou customs will further expand information exchanges with their Hong Kong and Macao counterparts.

Top priority will be given to cracking down on major cross-border smuggling gangs active in the region, he added.

Cooperation with domestic law enforcement departments, including the police and fishery authorities, will also be advanced to ensure the security of the country's economy, market order and people's health, he said.