Customs to step up strict inspection of medical supplies for export 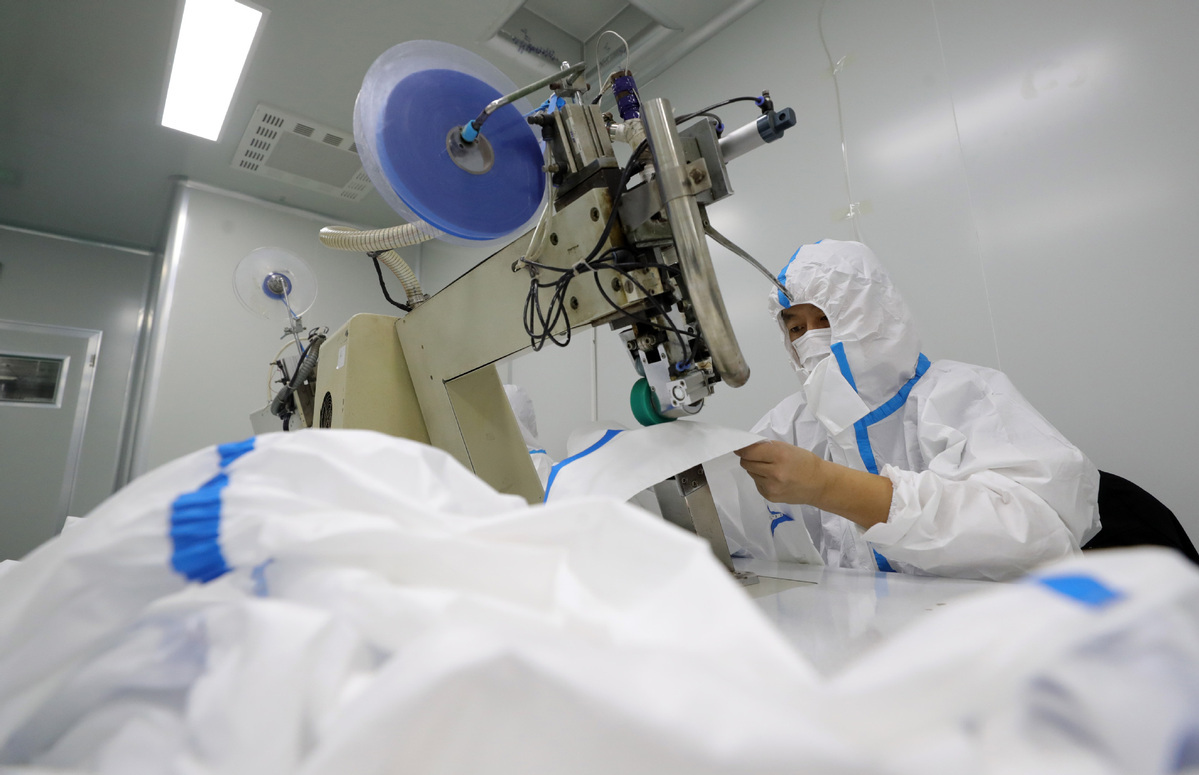 A worker produces protective suits in a clothing factory in Shenyang, capital of Liaoning province, on April 7, 2020. (Photo: Xinhua)

Customs authorities are stepping up efforts to strictly inspect exported medical supplies to use against COVID-19, maintaining good order for exportation, a senior official said at a news conference of the Joint Prevention and Control Mechanism of the State Council on Monday.

"We have more qualified companies producing medical supplies for exportation during the war against coronavirus, which plays an important role in supporting the world to fight against the pandemic," said Jin Hai, director of the General Operation Department under the General Administration of Customs. "Thus, it's of great importance to strengthening the supervision and inspection over these medical supplies and their producers."

According to Jin, Customs has approved exported medical supplies worth 16.56 billion yuan ($2.35 billion) so far since April 1. Also, Customs has detained 33 million unqualified products or those produced by companies without qualifications, which include 31.65 million masks, 509,000 protective suits, 1.19 million testing kits, 677 respirators and 46,000 infrared thermometers.

Companies that didn't truthfully declare exported medical supplies will be investigated and exposed to the public on the authorities' platforms, according to Jin.

"We will order the companies to terminate exportation and confiscate the goods or charge a penalty if they export unqualified products or adulterate substandard goods for good ones," he said. "For those who violate the law, we will investigate their criminal liability."

He stressed that the administration will continue to facilitate export of medical supplies by credible companies and will increase the exposure of law breakers to maintain good export order.