A father in Beijing who sent a helicopter to his daughter's school for a science assignment has triggered heated discussions online. 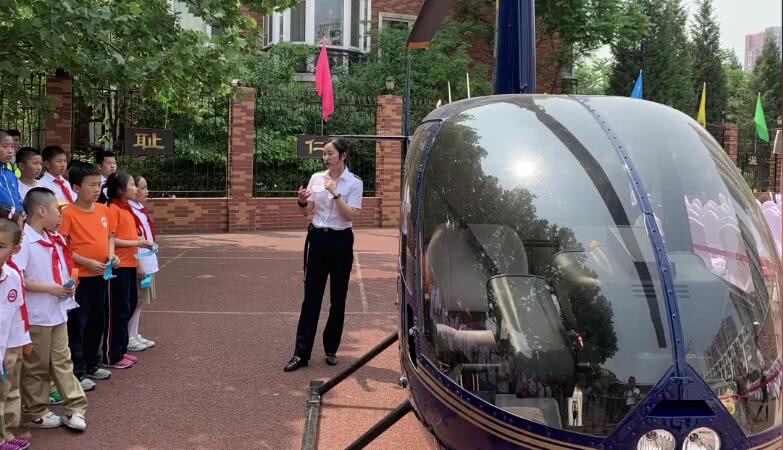 A netizen posted photos on Friday showing students playing near a helicopter parked on a primary school playground.

According to the netizen, the helicopter was sent to Fengdan Experimental Primary School in Beijing's Haidian district by the girl's father as part of the school's science festival, for which she was assigned to learn about the working principles of helicopters, Beijing Youth Daily reported on Saturday.

The netizen said the child won a prize for the assignment.

The father, surnamed Chen, who owns a helicopter tour company, said two of his employees flew the helicopter to the school at the school's invitation.

Photos and videos spread on the internet. 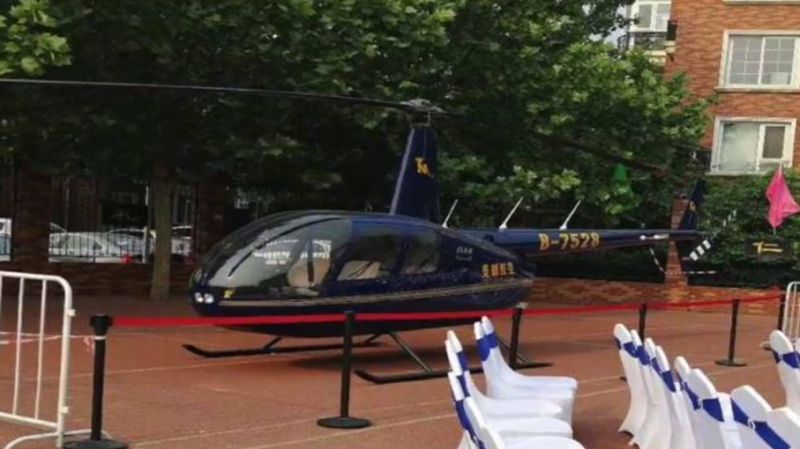 Some netizens disliked the father's action, believing he was flaunting his wealth, while some praised the father, saying that it provided other students with an opportunity to see a real helicopter up close.

"Most parents do not have the ability to give children such a lesson about helicopters as that father did. Why should we criticize someone who has the ability and would like to share with other children?" a netizen identified as CHcathrine said on social media.

"It's like students need to have a lesson about films and a parent works at the cinema and has the ability to offer free films to the students," the netizen added. "Other parents should be grateful to the parent and such deeds should be encouraged."

Some netizens expressed doubt that the father had obtained a permit for the flight, as public security authorities in the capital issued a notice on Friday afternoon saying that private "low, slow, small" aircraft are forbidden from flying from May 11 to May 16 to ensure safety during the Conference on Dialogue of Asian Civilizations, which is scheduled to kick off on May 15.

"Low, slow, small" aircraft are those that fly at an altitude below 1,000 meters, have a speed of no more than 200 kilometers per hour and a radar cross-section of no more than 2 square meters.

The father told Beijing Youth Daily on Sunday that he had obtained a permit before the flight, and the helicopter arrived at the school and left on May 10, before the deadline set by public security authorities.

He added that he accepted the school's invitation because he thought it would help children master knowledge of aircraft.