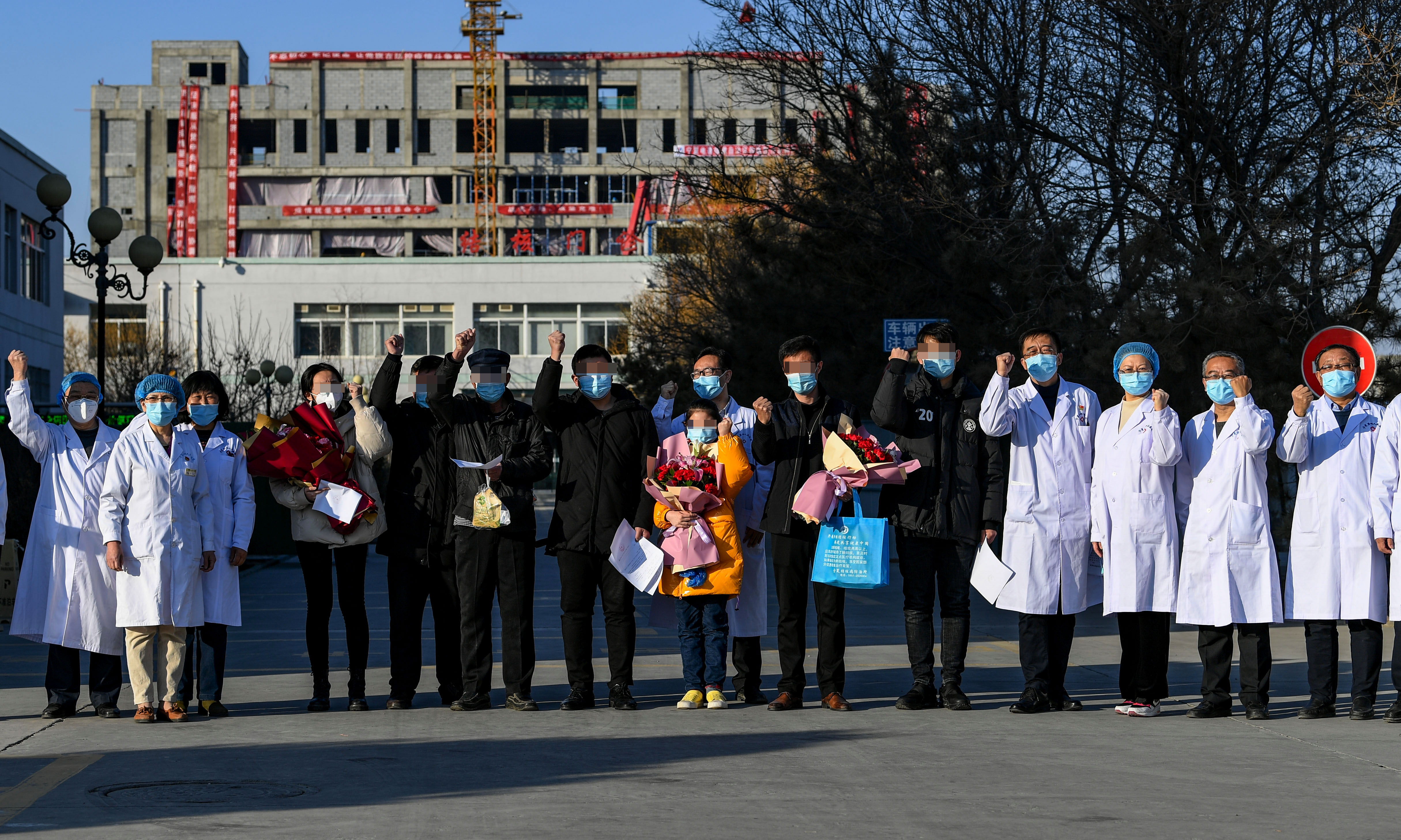 Photo: Cured patients and medical workers pose for a group photo at the Fourth People's Hospital of Ningxia Hui Autonomous Region in Yinchuan, capital of the region, Feb. 8, 2020. /Xinhua

BEIJING, Feb. 9 (Xinhua) -- China's new confirmed cases of novel coronavirus pneumonia outside Hubei Province, where the epicenter city of Wuhan is located, has been dropping for five consecutive days, according to the National Health Commission (NHC).

A total of 509 new confirmed cases were reported on Saturday outside Hubei, about 42.8 percent lower than the number reported on Monday, said Mi Feng, spokesperson of the NHC.

"It shows that the joint prevention and control mechanism incorporating different regions in the country as well as strict management are taking effect," Mi said.

The commission received reports of 2,656 new confirmed cases and 89 deaths on Saturday from 31 provincial-level regions and the Xinjiang Production and Construction Corps.