Dams have no direct link to Henan floods caused by extreme climate: experts

Chinese experts rejected the claim from foreign media that the relentless downpour and flooding in Central China's Henan Province were due to "widespread construction" of dams, saying the dams are playing a pivotal role in countering water disasters. What people should learn from the floods is the importance of nature's adjustments together with man-made facilities in dealing with extreme situations, experts said. 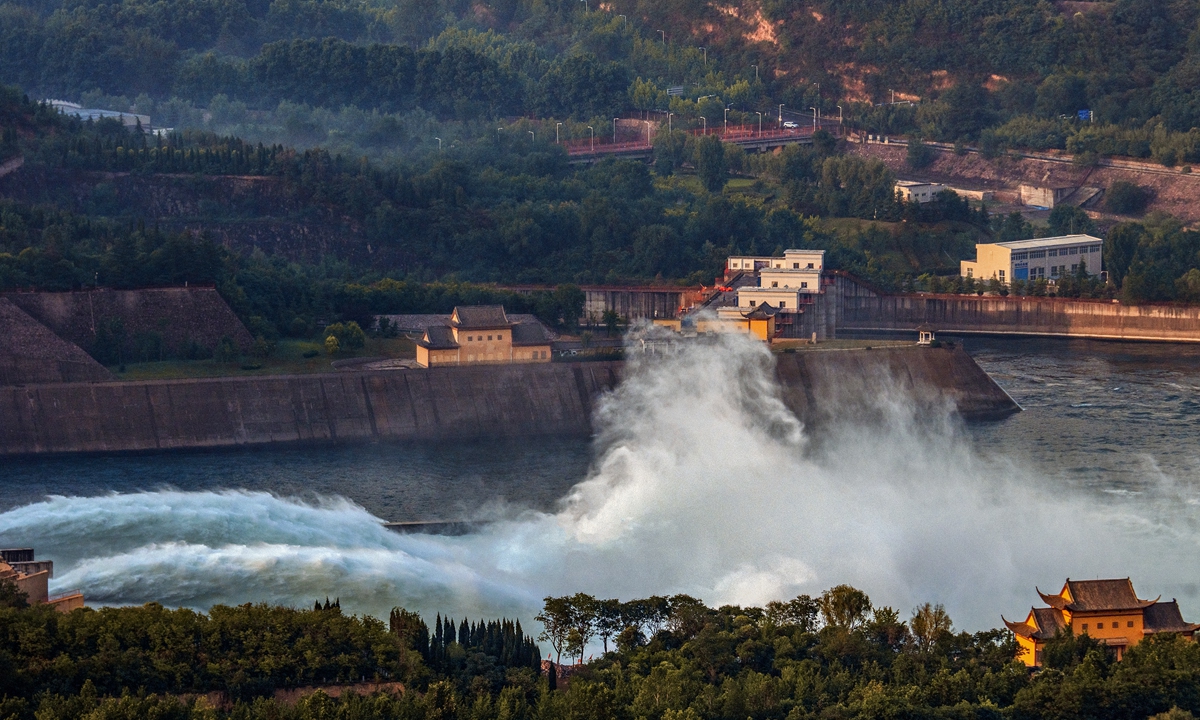 As Henan reported at least 25 deaths in unprecedented rainfall and floods, the AFP on Tuesday highlighted a collapsing dam in Luoyang, saying the threat of floods has risen in China because of the construction of dams and levees, which "cut connections between the river and adjacent lakes and disrupted floodplains that had helped absorb the summer surge."

Experts reached by the Global Times said the building of dams and "worsening threat" do not have direct links, especially in this case of Henan, which was more like a sudden act of nature.

Overseas outlets are exaggerating the issue, as in fact the construction of dams and reservoirs will enhance regional disaster prevention and mitigation, rather than reduce it, Fu Zongfu, a professor from College of Water Conservancy and Hydropower Engineering at Hehai University, told the Global Times on Wednesday.

Most countries build dams, which greatly improve flood control and disaster reduction capacity, so the construction of dams should not be denied because of a rare disaster, Fu said.

Due to the unprecedented heavy rain, the state flood control and drought relief bureau dispatched a work group to Henan and initiated a level III emergency response rescue work. About 849 people have been rescued.

Henan Province is located in Central China's plains, spanning four major river basins of Haihe River, Yellow River, Huaihe River and Yangtze River, and has 1,030 rivers each with a drainage area of at least 50 square kilometers.

The expert said floods may be caused by many factors, such as topography (Henan is low and vulnerable) and rapid urbanization, which makes the ground susceptible to water. However, the most important one is extreme climate, as drainage systems are not designed for such rare downpours.

Ma Jun, director of the Beijing-based Institute of Public and Environmental Affairs, told the Global Times on Wednesday that the construction of dams will have some impact on the floodplain's ecology, but has no direct connection to flooding.

Chinese dam projects usually make ecological compensation, which requires that the water discharge of hydropower stations should not be lower than the normal ecological water discharge, meaning it has little impact on the ecology, Fu said.

Experts also stressed that lakes adjacent to rivers and floodplains represent nature's "regulating power," while the dam represents artificial regulation, and the two should work together for flood control.

He explained that the dams often serve a combination of functions, including power generation, irrigation, and tourism.

After the disastrous 1998 floods, China asked local governments to gradually "return farmlands to the lakes," in a bid to restore natural regulating ability, and stop excessive development.

Following the 1975 Banqiao Dam failure, which led to the collapse of 62 dams in Henan Province, China has strengthened the design, construction, operation and management of dams. China's dam technology and safety are world class, experts said.

The collapsed dam in Luoyang on Wednesday is probably old and earth-made, dating back to the 1950s to 1970s. Despite constant reinforcement and maintenance, the fatal flaw of such levees is that they are prone to failure when heavy rainfall causes the water to overflow above the peak level, Ma said.