BEIJING, June 3 (Xinhua) -- Chinese dance drama "The Railway to Tibet" will return to the stage of the National Center for the Performing Arts (NCPA) on June 5, in commemoration of the 70th founding anniversary of the People's Republic of China. 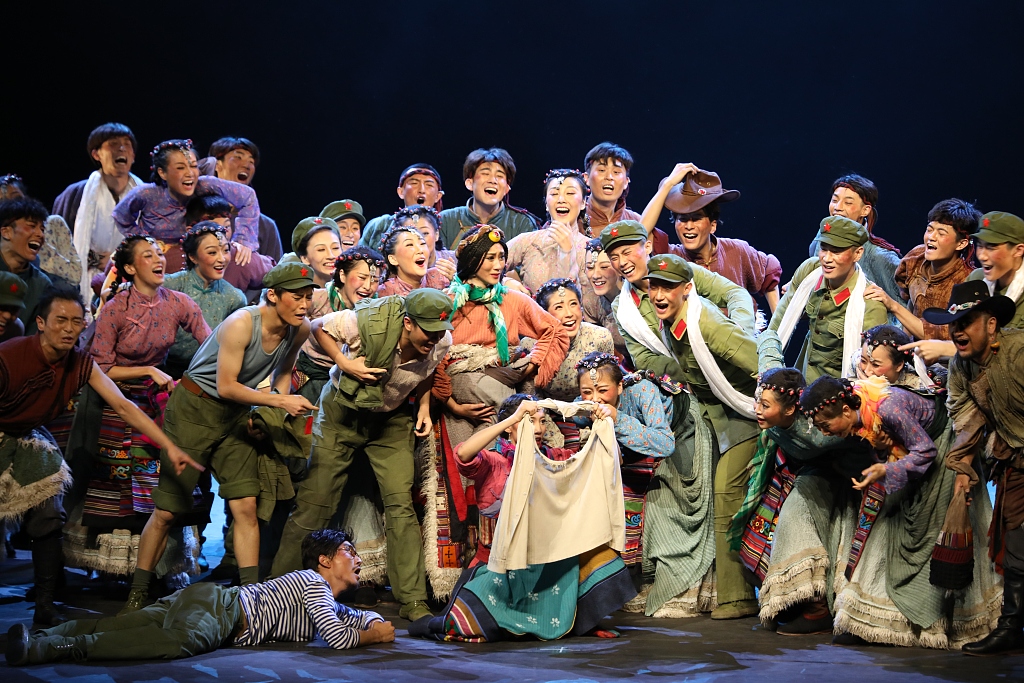 Produced by NCPA, the drama is themed on the construction of the Qinghai-Tibet Railway, which links Tibet Autonomous Region in southwest China with the rest of the country. Starting operation in 2006, the railway is the world's highest and longest railway built on a plateau.

Featuring elements of Tibetan dance, the drama extols friendship between railway building soldiers and local Tibetans during its construction.

The NCPA production made its debut in 2018 as a tribute to the 40th anniversary of China's reform and opening-up.