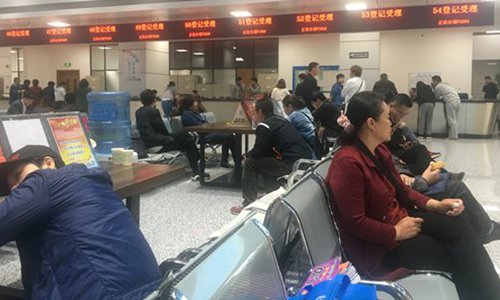 For example, apartments in the Kaixuanmen community overlooking the Yalu River, which divides the two countries, reached 7,000 yuan ($1,104) per square meter on Friday, a 40 percent increase from 10 days earlier, a salesman who prefers not to be named told the Global Times on Friday.

"With expectations that the new Yalu River Bridge, which links the area and Sinuiju, North Korea, may open soon, people see a further increase in residential prices," he said, noting that "residential prices in the area are projected to surpass 10,000 yuan per square meter after the bridge opens."

The salesman said that an investor from Beijing bought 20 apartments when the selling began on April 24.

However, local residents and businessmen said these investors are "stupid" because of their disproportionate optimism.

A female resident surnamed Sun told the Global Times on Friday that the New City area resembles a ghost town, full of empty houses. "Local people are not willing to buy apartments here, even when prices were around 3,000 yuan per square meter."

Though people expect an improvement in China-North Korea trade and economic exchanges, especially via Dandong, it would take several years for substantial changes to emerge, a businessman surnamed Li said.

Li has been involved in mining and foreign trade in Pyongyang, capital of North Korea, for 15 years.

"The North Korean side of the new Yalu River Bridge is still mud flat, without roads or railways. An improvement in trade between the two countries through this bridge is unlikely in the near future," Li told the Global Times on Friday.

"For example, most North Korean enterprises are state-owned. If the government does not provide funds to them, they will have no money to pay us," Li said. "I will be more prudent in investing further in North Korea," he noted.

Another businessman agrees, saying he has lost $10 million in North Korea due to North Koreans' lack of credit. "Of course, we wish for the development of the North Korean economy, which could lead to more opportunities for Dandong. But many businessmen in Dandong still hold a wait-and-see attitude because of previous losses."