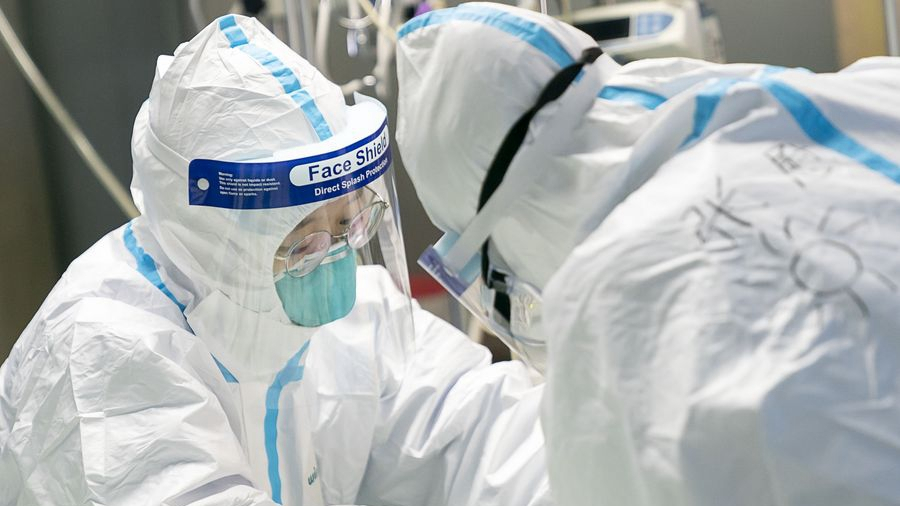 Describing a satirical cartoon in the Danish newspaper Jyllands-Posten as an "insult to China" and saying it "hurts the feelings of the Chinese people", a spokesperson for China's embassy in Denmark called on Monday for a public apology from both the publication and the cartoonist.

Editorial cartoonist Niels Bo Bojesen's drawing is an approximation of China's national flag, with five coronaviruses in the place of the five yellow stars.

"While the Chinese government and people are doing everything to fight this rare public health emergency, and the international community has shown us great sympathy and support, Jyllands-posten published a 'satire drawing' by Niels Bo Bojesen, which is an insult to China and hurts the feelings of the Chinese people," the spokeperson said in a statement.

"Without any sympathy and empathy, it has crossed the bottom line of civilized society and the ethical boundary of free speech and offends human conscience. We express our strong indignation and demand that Jyllands-Posten and Niels Bo Bojesen reproach themselves for their mistake and publicly apologize to the Chinese people."

The newspaper's chief editor, Jacob Nybroe, responded on its website by saying the satirical cartoon was not meant "to mock or ridicule China" and refusing to apologize. He said his publication "can't apologize for something we don't think is wrong" and it's "two different types of cultural understanding".

Danish Prime Minister Mette Frederiksen cited the freedom of speech that is part of Danish society in her comments on the issue delivered before a parliamentary party meeting on Tuesday, but she didn't comment on China's call for an apology, according to multiple media reports.

The virus has so far killed 106 people in China, Chinese authorities confirmed on Tuesday. Thirty provincial-level regions have activated first-level emergency response. They have announced measures, including extending the Lunar New Year holiday, banning public gatherings, reducing transportation, and sending medical teams to Wuhan, the epic center of the public health emergency, to control the spread of the virus.

China has sent nearly 6,000 medical workers from across the country to Hubei province in virus fight and has allocated 11.21 billion yuan ($1.6 billion) for epidemic prevention.

Wuhan is currently building two hospitals for coronavirus patients, one of which will complete in about one week.

The head of the United Nations' World Health Organization said on Tuesday at a meeting with authorities in Beijing that he is confident about China's ability to control and contain the spread of the virus, according to a statement by China's Ministry of Foreign Affairs.

Tedros Adhanom Ghebreyesus said he does not advocate the evacuation of foreign nationals currently in China, and urged people to stay calm.

"That's still one case too many. But we're encouraged that, so far, we have not seen more human-to-human transmission outside China," the WHO said on Twitter. "We're monitoring the outbreak constantly."