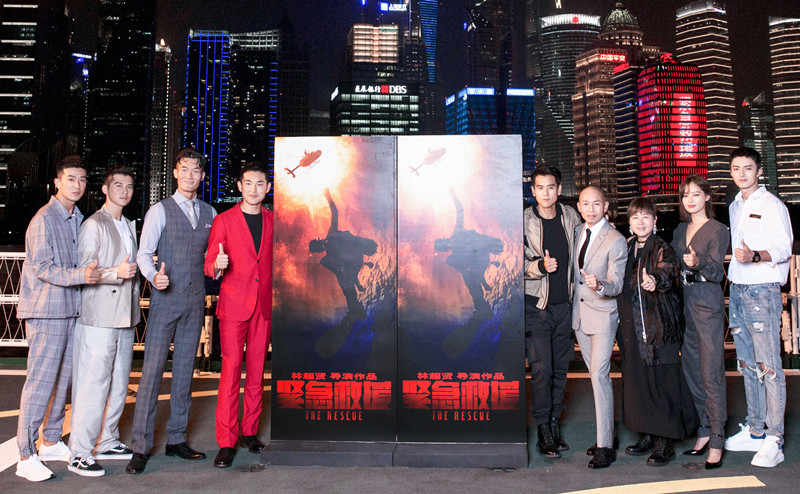 Director Dante Lam poses for a photo with his cast at a press conference for "The Rescue" held in Shanghai, June 14, 2019. (Photo: China.org.cn)

The film focuses on five characters forming the core of a rescue unit within the Chinese Coast Guard. The various challenges they face are designed to force them to work together in problem-solving, while also bringing out their different individual personalities.

A press conference to promote the project was held at the The Bund, a prominent Shanghai riverside landmark on June 14, one day before the opening of the 22nd Shanghai International Film Festival.

The film reportedly has a budget of 700 million yuan (US$101 million), offering more gripping, intense action scenes focused on a team of maritime rescuers who faced varous emergencies and challenges including dangerous explosions, an air crash on the sea and helicopter diving. The film is based on true events, and has received support from the Ministry of Transport.

Alongside star actor Eddie Peng, who has worked with Lam three times before, the cast also includes Xin Zhilei as a female helicopter pilot, Wang Yanlin, Lan Yingying, Xu Yang, Li Mincheng and Wang Yutian. These cast members underwent strict professional training for many days before getting into actual filming.

To push actors to deliver their best performance, Lam was described by his crew as "monster director" as everybody felt that they were "tortured" to reach their limits. Responding to the new moniker, the director said at the press conference: "On set I considered myself as indeed a director without humanity, because no matter what their excuses were, I insisted the actors should do what I required." 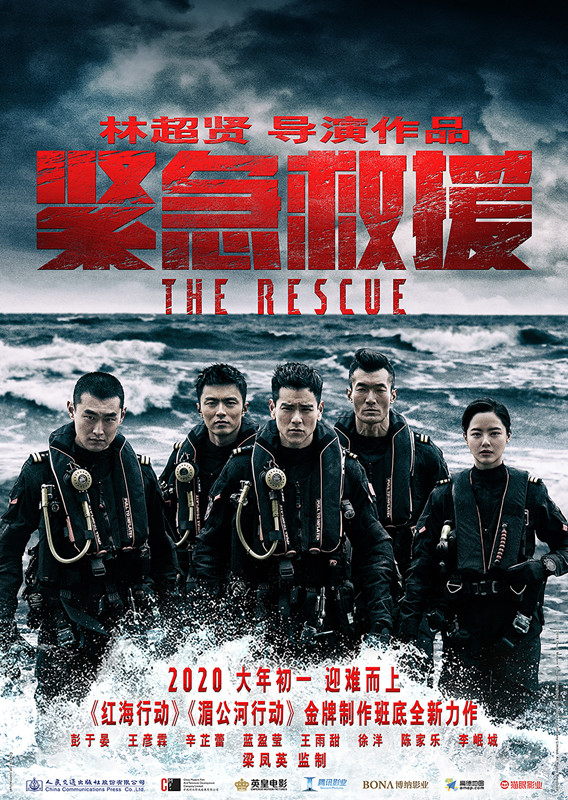 He continued: "Since 'Operation Mekong' and 'Operation Red Sea,' the audience has enhanced their expectations. And we will not let them down."

The film has taken three years to make, with shooting taking place in cities of Fuzhou and Xiamen of Fujian province and Mexico. The rescue scenes were shot from the air, land and water in the real environment rather than against a green screen for CGI.

Another realistic feature is their rescue suits, each costing about US$1,444 to make in Europe and America, and weighing 15 kilograms.

"I wanted to give you a sense of reality, so you could give me a real response, real feeling, real pain and real performance when everything is so real," the director told his cast at the press conference to explain why he was so strict with them.

Actually, Lam didn’t shirk showing his actors what he wanted while directing many dangerous scenes. "Every hero has hidden fears. When they are at the forefront, they will have to deal with that fear. I need actors to feel that fear, and to learn the spirit of rescue through it. Thank you all for facing your own fears, " he concluded.

Xu Zuyuan, China's former Vice Minister of Transport and first International Maritime Organization's Maritime Ambassador, who served as a general consultant to the film, said: "Through this film, we can present the image of Chinese rescuers to the world as one of our cultural symbols. With the cooperation between Ministry of Transport and the film's creative crew, this film will help our society to know more about those silent rescuers who safeguard maritime operations."

"The Rescue" will enter the furiously competitive but most profitable Spring Festival film season. This is the second time that Lam has chosen this season for release. The last one was "Operation Red Sea," China's first naval military blockbuster, which grossed 3.65 billion yuan (US$527 million) after it debuted in the 2018 Spring Festival.