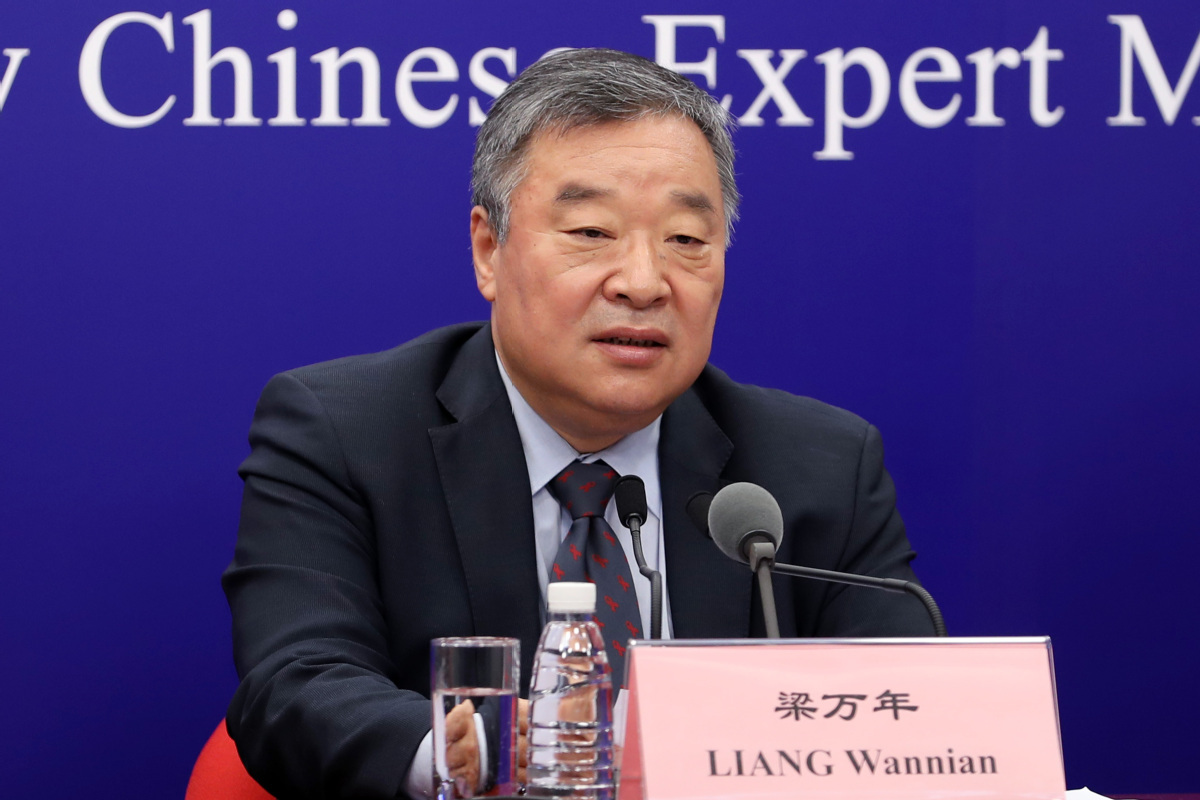 Liang Wannian, a Tsinghua University professor who heads the Chinese team of the joint mission. (Photo provided to China Daily)

China dismissed on Wednesday claims that it withheld raw data from international experts studying the origin of the novel coronavirus, stressing that data sharing throughout the mission convened by the World Health Organization has been thorough and comprehensive.

Liang Wannian, a Tsinghua University professor who heads the Chinese team of the joint mission, said Chinese and foreign experts had the same access to data, and their research in Wuhan, Hubei province, from late January to early February, was "tightly integrated".

"There is no difference between what we had obtained and what foreign team members had on hand," he said at a news conference in Beijing. "The hypothesis that China did not share raw data is unfounded."

Liang added that some data that concerned the privacy of patients was not allowed to be taken overseas or photographed based on Chinese laws and international rules, but they were available to the entire team during their on-site visits.

Foreign Ministry spokeswoman Hua Chunying said on Wednesday that after a work plan guiding the mission was formulated in July between China and the WHO, hundreds of domestic scientists devoted all-out efforts to collecting, organizing and conducting initial analysis of data based on advice put forward by international experts.

"Each piece of raw data that is worth special attention was made available to international experts participating in the mission one by one," she said. "They had said multiple times that they had comprehensive and frank discussions with the Chinese side on the issue of data."

Liang said preliminary data aggregation and analysis work undertaken by Chinese researchers is necessary because the sheer amount of original data can be overwhelming.

"It is unrealistic and unnecessary from the point of view of a scientist to go through every single entry in original records," he said. "We must first establish a database that can be further examined."

Liang said the 120-page report published by the joint mission on Tuesday is of great value to understanding the virus and other emerging infectious diseases.

"The report will withstand the test of history," he said. "The team is confident that the report is based on all available documents and evidence on hand."

The report said that the virus most likely jumped from an animal, potentially a bat or pangolin, to humans through an intermediary species.

It said the theory that the virus originated in a lab is "extremely unlikely". Two other pathways－direct transmission from animals to humans and the virus spreading through cold-chain logistics－were deemed possible.

Liang said tracing the origin of the novel coronavirus is a work in progress and should be a globe-spanning effort.

It also urged expanding the scope of the search to possible early infections as well as potential animal hosts of the virus across the world. The role of cold-chain and cold products in aiding transmission was also seen as worth exploring.

"To pinpoint the origin of virus is extremely complicated, because a pathogen's introduction into the human population is a highly accidental event," Liang said, adding that the high rates of asymptomatic COVID-19 cases have compounded the difficulties.

He said whether more origin tracing teams will be dispatched to China should be determined by practical and science-based evaluations.

"It is false to believe that origin-tracing work should be limited to China. We must pursue a wider perspective," he said. "It is very clear that Chinese scientists and governments are willing to contribute more in finding the virus' origin in the future."

In response to doubt cast on the outcome of the joint mission, Liang said a scientific attitude always prevailed when team members on the mission found themselves debating each other during on-site visits or when formulating the final report.

"Chinese and international experts were able to arrive at consensus through arguing, with the shared goal of examining more evidence and improving the research," Liang said.

"The report was delayed because we were striving to ensure its high quality, to make it more science-based and well-rounded," he added.

Hua, from the Foreign Ministry, denounced the accusation that the Chinese government had intervened in the joint mission as baseless and deeply irresponsible.

"All parties should respect science and respect conclusions and suggestions put forward by scientists," she said.