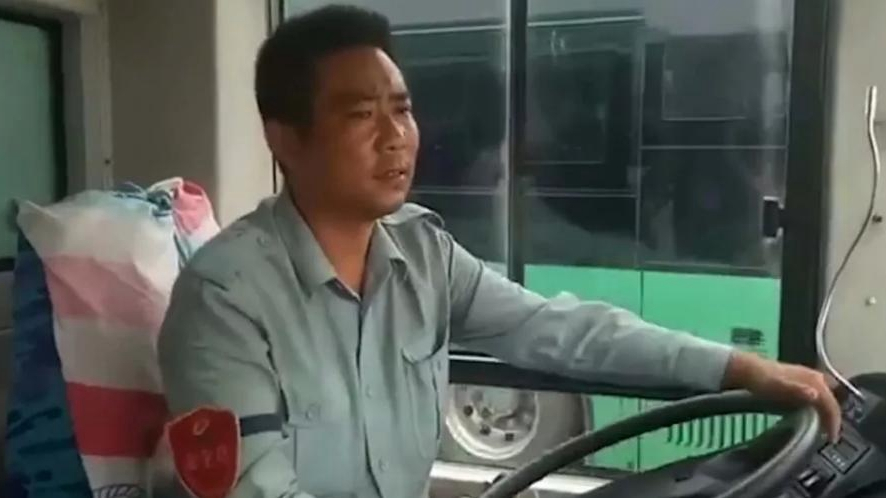 A bus driver in central China’s Henan Province caught national attention on Chinese Valentine’s Day, or Qixi Festival, as the “Yue Lao on wheels” (Yue Lao is the god of marriage and love in Chinese mythology) has successfully paired up 23 now-married couples over the past decade and is still on his way to set up more.

The part-time matchmaker uniquely decorated his bus, with printed-and-pasted personal profiles of singles and romantic slogans. “Take this Love Express and find your Mr./Mrs. Right,” a banner reads under the vehicle’s windshield.

Not like matchmaking agencies, Yun’s “extra service” is totally free and a benefit to the local residents. Not just for those who want to seek their Mr. or Mrs. Right, but parents who worry about their children’s marriages.

“I always overhear the elderly urging the youngsters to find a partner during their phone conversations on the bus. While in turn, young people often use their small social circle as an excuse to prevaricate,” which has inspired Yun to use the bus as a platform to help.

Yun’s pairing efforts date back to 2008 when a male passenger asked Yun to be a go-between for him and a female driver. With his help, the two tied the knot eventually, which also serves as an impetus for the driver to do more.

Yun’s most recent good news came in 2016, a long-distance romance between a Chinese residing in Singapore and a medical student in Henan. It was a pity that he couldn't attend their wedding, but his blessing was there.

In the same year, Yun created a chat group on the instant messaging app WeChat, to link together more singles.

Offline, he organizes dating events and decorates his bus with new submitting profiles in run-up to romance-themed holidays such as Valentine’s Day (Feb. 14), Chinese Valentine’s Day (Aug. 17 this year), Singles’ Day (Nov. 11), and May 20 – a date which sounds similar to “I love you”  in Mandarin.

In the past two years, the social events held by Yun even received sponsorship from local businesses. A matchmaking agency also contacted Yun to inquire about purchasing his passengers’ dating profiles, but he kindly declined.

This year’s event on Qixi Festival has been canceled because Yun had to attend “The Best Matchmaker Award Ceremony” held by the provincial publicity department. “I ranked fourth,” Yun told The Paper.

“When I see the singles become a family, it’s sweeter than drinking honey.” The bus driver hopes more people can find their loved ones on his bus.