For millions of Chinese students, the outbreak of COVID-19 may seem particularly disturbing. It collides with a life-altering challenge-the Gaokao, China’s National College Entrance Examination, which offers them a chance to achieve what is probably the biggest ambition up to this point in their life: getting into an ideal university.

Chen Yanran, though a junior high school student who still has a few years, has received, amid this tough time, a surprisingly consoling letter from her dream school, Wuhan University, which is a rare blessing for any aspiring young mind.

The serendipity can be traced back to several days ago, when a video showing a doctor wearing protective clothing with words encouraging her daughter to carry on studying written on the back, went viral on the internet. Zhou Hongping, the doctor in the video, who is fighting against COVID-19 in Wuhan, is Chen Yanran’s mother. 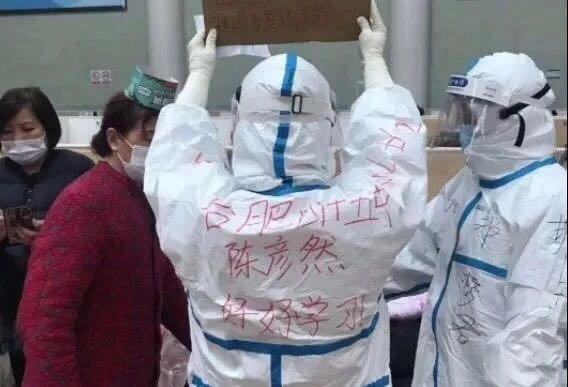 Photo: Words written on the back of Zhou's protective clothing. 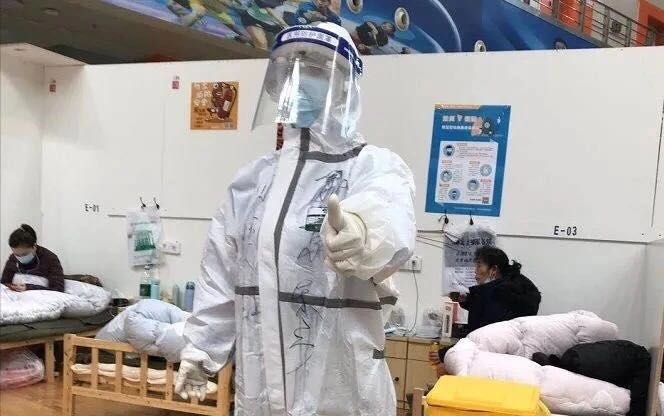 Photo: Zhou gives a thumbs-up to her daughter through camera.

This is not the first time that Zhou has left her family for the frontlines. Seventeen years ago, she helped against SARS, another major outbreak that shook the world, and, in 2008, went to Wenchuan with a medical team after an earthquake hit.

But this time, Zhou’s decision to join the battle against the coronavirus in Wuhan went with an extra task. Her daughter Chen Yanran is now in her early teens, and her feelings should not be ignored. As it turned out, she wasn’t quite on the same page.

Before Zhou set off, her daughter buried herself in the quilt and refused to talk to her mother. However, Zhou has always been aware of the special link that her daughter bears with the city of Wuhan.

“Honey, I know you’ve always wanted to go to Wuhan University. But the city has fallen ill now. It needs me. How can you go study there if it’s not cured of the disease.” Zhou said to her daughter. Zhou’s husband, who once served in the army, also talked to their daughter about how he would take up arms again should the country be in need. It was not easy for a teenage girl, but Chen Yanran finally decided to support her mother. All she wants is for her mother to take good care of herself. 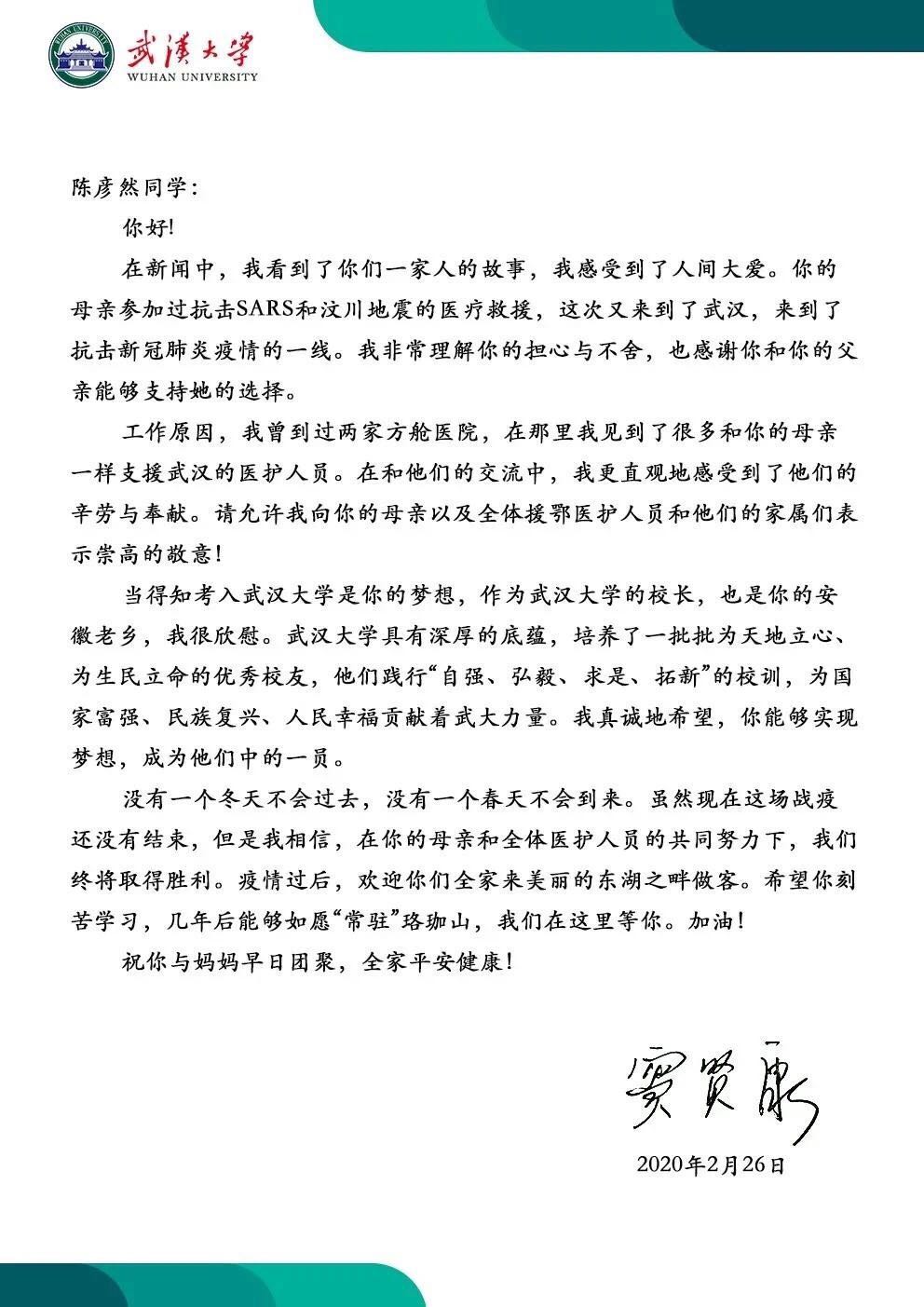 I’ve learned about the story of your family in the news, which makes me feel so grateful. Your mother has helped with the battle against SARS and the earthquake in Wenchuan, and now she has come to Wuhan to fight the coronavirus. I feel for your concerns and I have to thank you and your family for being so supportive.

Because of my work, I’ve been to the two makeshift hospitals in Wuhan, and there I came across many medical workers just like your mother. Conversations with them gave me a more direct sense of all their sacrifice and contributions. Please allow me to express my highest gratitude to all the medical workers fighting COVID-19, including your mother.

I was so happy when I learned that Wuhan University was your dream school. I am the principal of the university, and, just like you, I am also from Anhui Province. Wuhan University has a long history and its unique culture. Over all these years, countless have graduated from here to become positive influencers. They keep the people in their mind and put our veritas, “independence, aspiration, truthfulness, innovation”, into practice. Our alumni are contributing their share on China’s way to becoming a better country and achieving greater happiness for its people, and I sincerely hope that you will become one of them.

Every winter has an end, and then follows a brand new spring. The outbreak has yet to come to an end, but I believe, with the joint efforts of all the medical workers, your mother included, we will finally overcome it. I would like to welcome your family to come visit our university after the outbreak, and I hope that, after years of hard-work, you will finally become a student here. We are all here waiting for you.

Wish you an early reunion with your mother, and hope you and your family are always in good health!