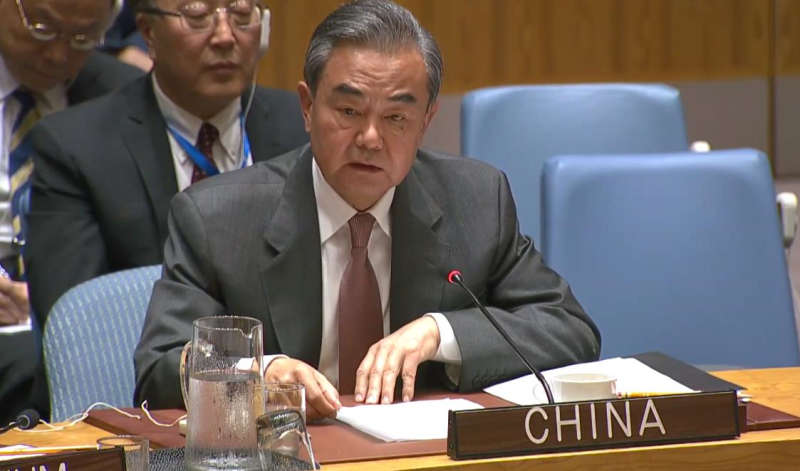 BEIJING, March 18 (Xinhua) -- Chinese State Councilor and Foreign Minister Wang Yi said Wednesday that viruses respect no borders, and that it is the common responsibility of the international community to deal with and win the battle against viruses.

Wang made the remarks when holding a phone conversation with Singaporean Foreign Minister Vivian Balakrishnan at the latter's request.

Under the strong leadership and personal guidance of Chinese President Xi Jinping, China has mobilized the whole country to wage an arduous people's war of COVID-19 epidemic prevention and control, and the victory is now in sight, Wang said.

China will strengthen planning and coordination to fully consolidate the hard-fought achievements in the country's fight against the epidemic, and take multiple measures to prevent the import of COVID-19 cases, he said.

Meanwhile, China will push for the resumption of work and production and restore normal work and life order in a stepwise fashion, he added.

Wang expressed the Chinese side's deep concern over the occurrences of COVID-19 in many sources and places across the globe, and its strong empathy for the difficulties and challenges facing some countries.

In the spirit of openness and transparency in the first place, China has kept in contact with the World Health Organization and the international community, and made tremendous sacrifices to prevent the epidemic from spreading outward, which has bought precious time for various countries in the fight against COVID-19 and made significant contributions to the global public health cause, he added.

Wang said China is willing to further strengthen cooperation with the international community and practice the concept of building a community with a shared future for mankind proposed by President Xi.

In a responsible manner, he said, China will actively share with various countries its experience in such aspects as prevention and control as well as diagnosis and treatment, send medical experts to countries in need, and provide medical supplies assistance within its capabilities.

Wang added that China will also open up export channels for medical supplies, give full play to its capacity advantages, and help ease the procurement gap in relevant countries.

China is willing to, together with Singapore, further strengthen coordination, explore the establishment of a joint prevention and control mechanism, and participate in and advocate international and regional cooperation, he said.

Wang stressed that the international community needs to forge a consensus in fighting the epidemic in solidarity under current circumstances.

Attempts to stigmatize China's fight against the epidemic are despicable, and will only split the international community, which is neither conducive to the joint efforts of all countries to fight the epidemic, nor helpful to their prevention and control of the spread of epidemic domestically, he added.

China appreciates Singaporean Prime Minister Lee Hsien Loong's repeated statement that the novel coronavirus should not be stigmatized, and his calls for all countries to join hands in the fight against the epidemic, Wang said, adding that China believes that Singapore will continue to uphold a fair stand in this regard.

Balakrishnan, for his part, congratulated China on the successful control of the spread of the epidemic in the country in a short period of time, which has accumulated useful experience for the international community, saying that this is a remarkable achievement.

He said that China has shared its anti-epidemic experience with the international community in a timely manner, generously dispatched medical expert teams and opened up export channels for medical supplies, which Singapore highly appreciates.

Unfortunately, he added, some countries have failed to make full use of the precious time China has won, resulting in a global spread of the epidemic.

Balakrishnan noted that the top priority for Singapore and China is to consolidate the achievements in the fight against the epidemic, guard against the import risk of COVID-19, and jointly deal with the long-term impact of the epidemic on public health and economy, politics and society, among other aspects.