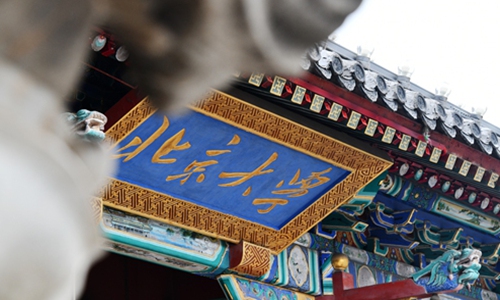 The death of a Peking University student who suffered psychological abuse from her boyfriend has sparked strong condemnation among Chinese netizens, with many calling for women to protect themselves better.

According to reports, Bao Li (pseudonym) suffered from mental anguish last year after her boyfriend Mou Linhan, who is also a student at Peking University, was annoyed by the fact that she was not a virgin.

On October 9, 2019, Bao was sent to an ICU after overdosing on pills in a suicide attempt. The young woman was pronounced brain dead and placed on life support. On Sunday, the Chengdu-based Red Star News reported that Bao had passed away earlier that day.

Bao's mother has said that she believes that Mou was the main cause behind Bao's suicide, and condemned Mou for not contacting them or applogizing. She said that she will continue to hold Mou accountable and is waiting for a police investigation, the Red Star News said in its report.

The hashtag for Bao's death had earned 1.38 billion views on China's Twitter-like Sina Weibo as of Monday afternoon. Many Chinese netizens expressed anger toward Mou and called for him to be punished.

Bao's mother told media that Mou was upset because Bao had had sex before their relationship. He did not want to end his relationship with Bao, but used the fact she was not a virgin to psychologically abuse her.

Some Chinese netizens accused Mou of being a pickup artist (PUA), someone who uses psychological tricks to get women to sleep with them.

"Mou must be a PUA! PUAs have a special set of psychological tricks for all women! It is horrible that almost any woman can be manipulated by and even give their life to a PUA. Please protect yourself and stay away from them," one Chinese netizen commented.

"Why don't we have anti-PUA classes? We need to realize the danger of PUAs since even someone like Bao, a student with an advanced education background, could fall into their trap. The university needs to teach students to identify PUAs and avoid the same tragedy," another Chinese netizen suggested on Sina Weibo.

Bao's case is not the only incident that has ignited anger among Chinese netizens. The case of 14-year-old girl who was kept captive and raped repeatedly by a non-executive director at Chinese telecommunications company ZTE and the recent Nth Room chatroom sex abuse case in South Korea have sparked heated discussion on Chinese social media, with many netizens calling for society to do more to protect women.

Peng Kaiping, director of psychology department and dean of school of social science at Tsinghua University, told the Global Times on Monday that these tragedies occurred in part due to a lack of gender equality awareness and a mindset of independence among many Chinese women.

"The feudal thoughts of machismo and virginity are deeply rooted in some women's family education, which might cause them to rely too much on men. They should know they can still live well even without a man's companion. It is pathetic to see that in the 21th century, men still use this feudal thinking as an excuse to control women's relations," he said, adding that women need to learn more about a man's family and friends before starting a relationship.

Peng suggested that women need to know what protections are afforded to them under the law, while schools should hold more courses on sex education and gender equality.

"The lack of sex education can lead to tragedies for both men and women. Men who do not know how to control their sex hormones properly might impulsively hurt women."

He also suggested that women need to learn some techniques including self-defense to deal with emergencies.

According to Peng, many women who are raped lose all hope because they wrongly think they do not deserve a better life. However, according to a research from a US psychologist, the happiness index of victims who were raped before 19 and held a positive attitude into their late 30s were similar to that of other normal women.

"They should always look to the future rather than being trapped by bad memories. Living better than before is the best 'revenge' to get on a person that hurts you, not committing suicide," he noted.