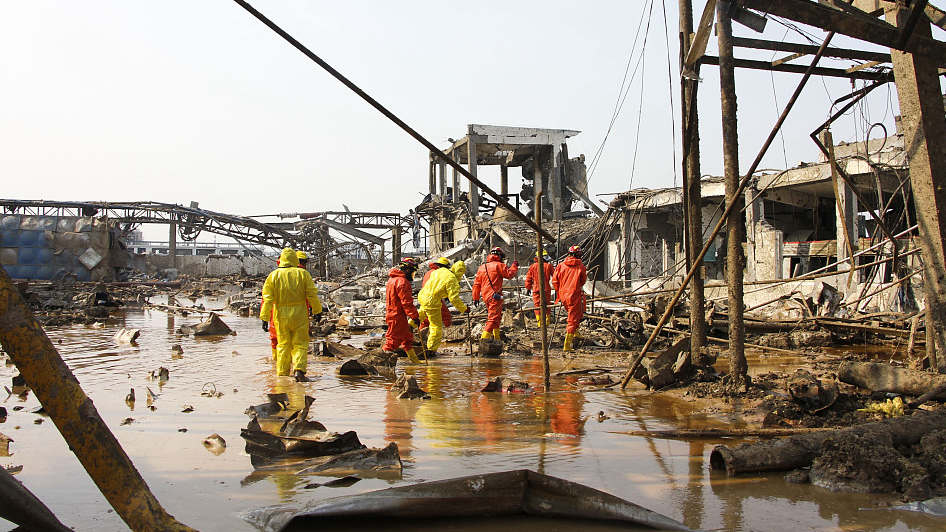 The death toll from last week's explosion at a chemical plant in East China's Jiangsu Province has climbed to 78, officials said on Monday.

The blast occurred on Thursday at a chemical facility in Chenjiagang Industrial Park in the city of Yancheng.

Among the victims, 56 have been identified, according to Cao Lubao, mayor of Yancheng.

Some 566 people are currently receiving treatment in local hospitals. Among them, 13 are in critical condition and 66 others are seriously injured.

The rescue and research work, involving 20 entrepreneurs in the area, has basically concluded, according to Cao.

Efforts are continuing amid the public concern about pollution.

Local authorities are restoring the damaged facilities in a nearby sewage treatment plant.