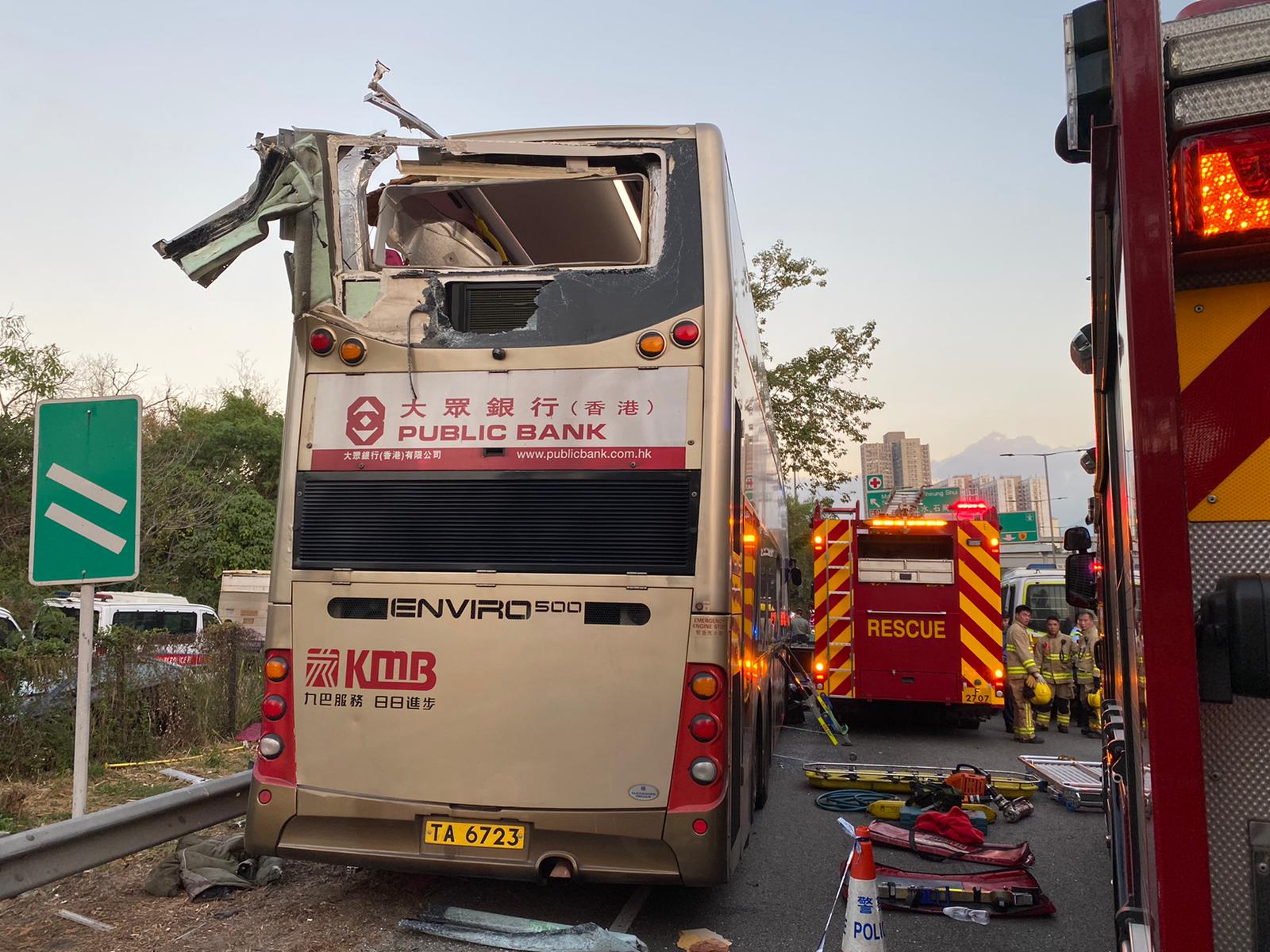 HONG KONG, Dec. 18 (Xinhua) - Death toll from the bus crash in China's Hong Kong Special Administrative Region (HKSAR) on Wednesday afternoon has risen to six after a female succumbed to her injury, according to local authorities. 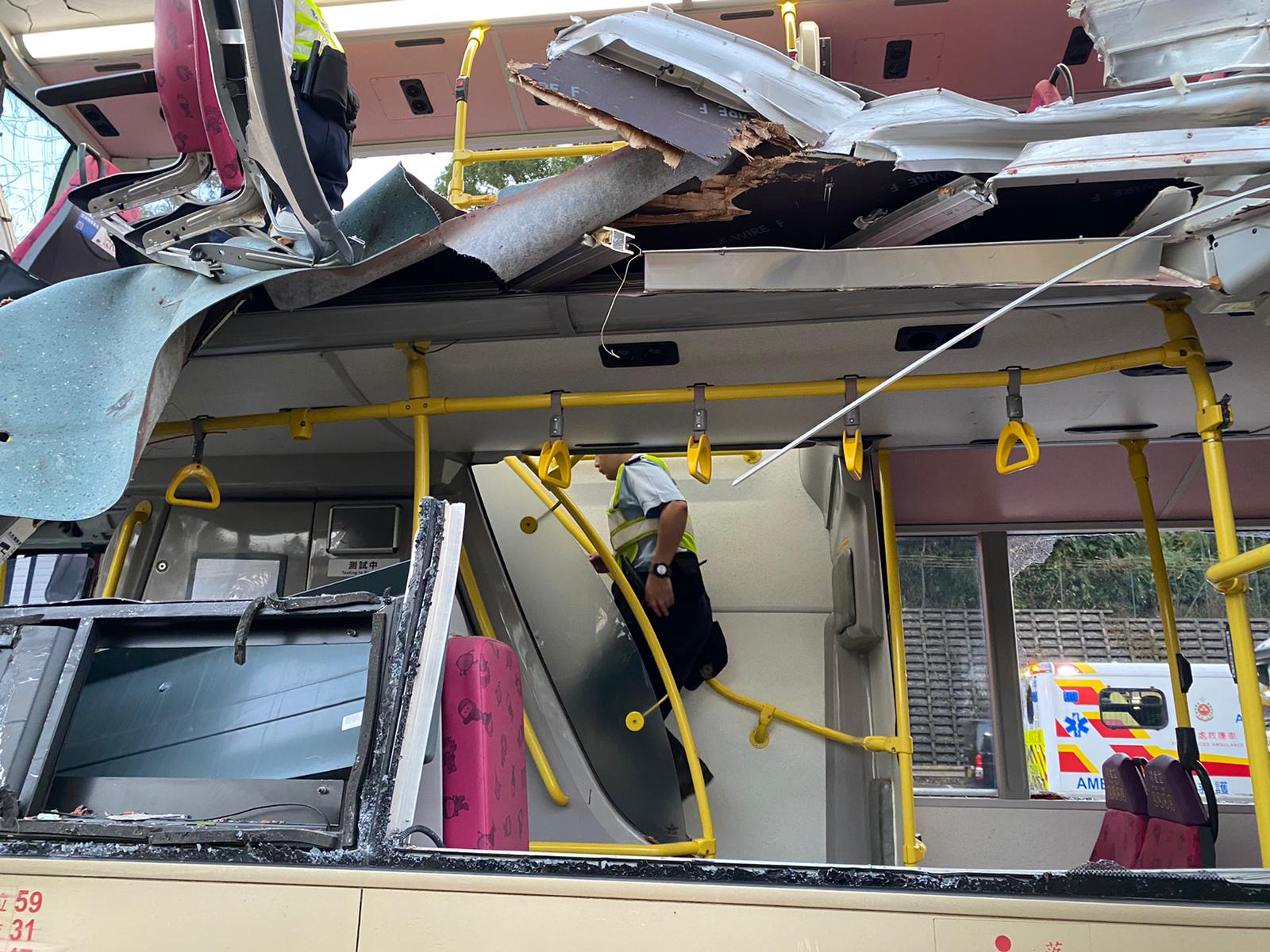 A double-decker bus owned by the Kowloon Motor Bus Company crashed into a tree at 4:18 p.m. local time on Fanling Highway in Sheung Shui area. The police told Xinhua that three males and two females were confirmed dead on the spot and one female passenger died at North District Hospital.

About 40 others were injured, according to local media. Live streaming showed that a rescue operation is underway and multiple ambulances and fire trucks were deployed to the scene. 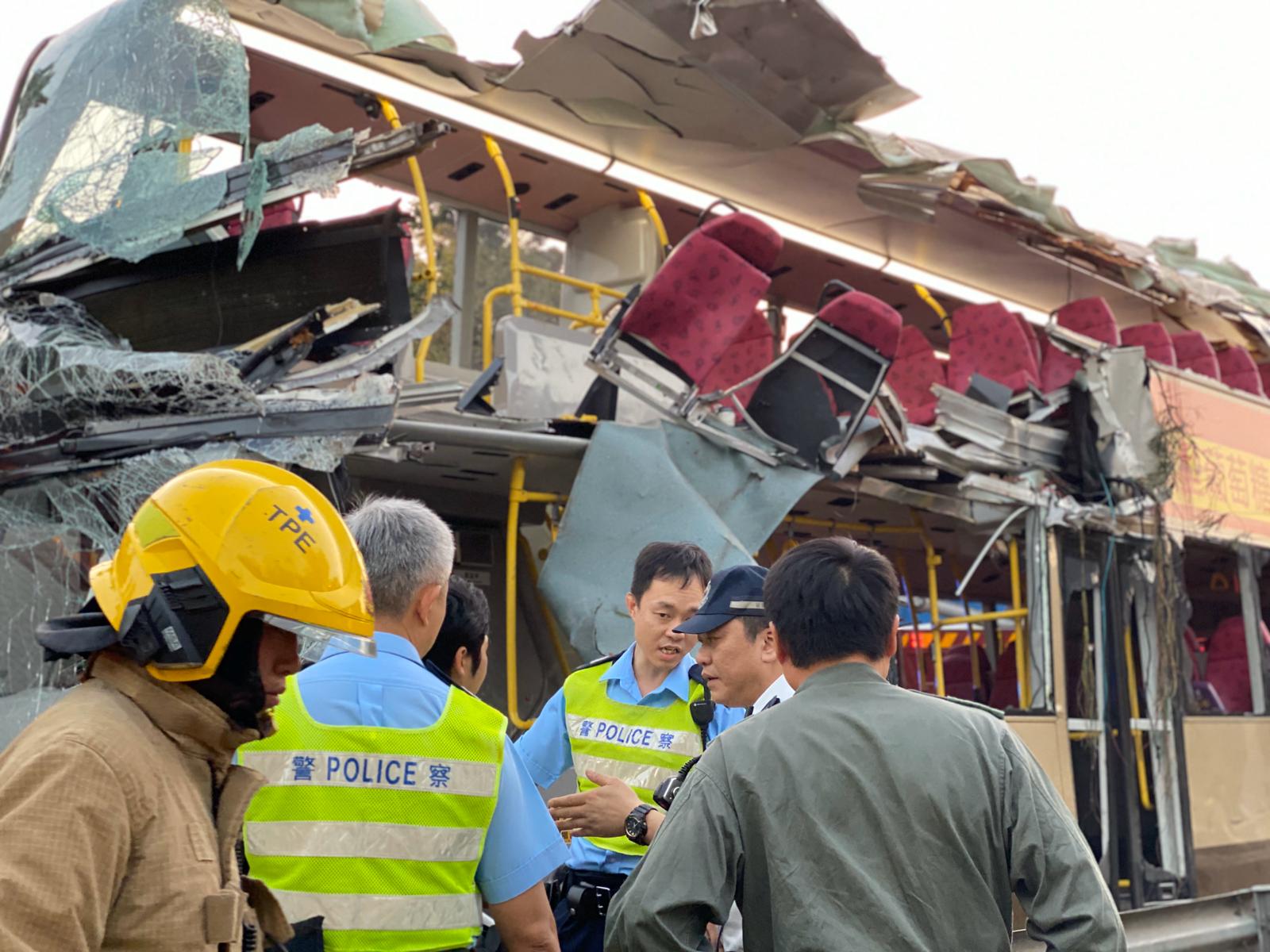 The bus was seriously damaged with the left side of the body almost totally destroyed and seats on the upper deck were exposed to the outside.

A male passenger said he did not realize the crash until he heard a loud bang and noticed it became very bright in the bus. "People were screaming and several passengers were thrown out of the bus. I was very scared." 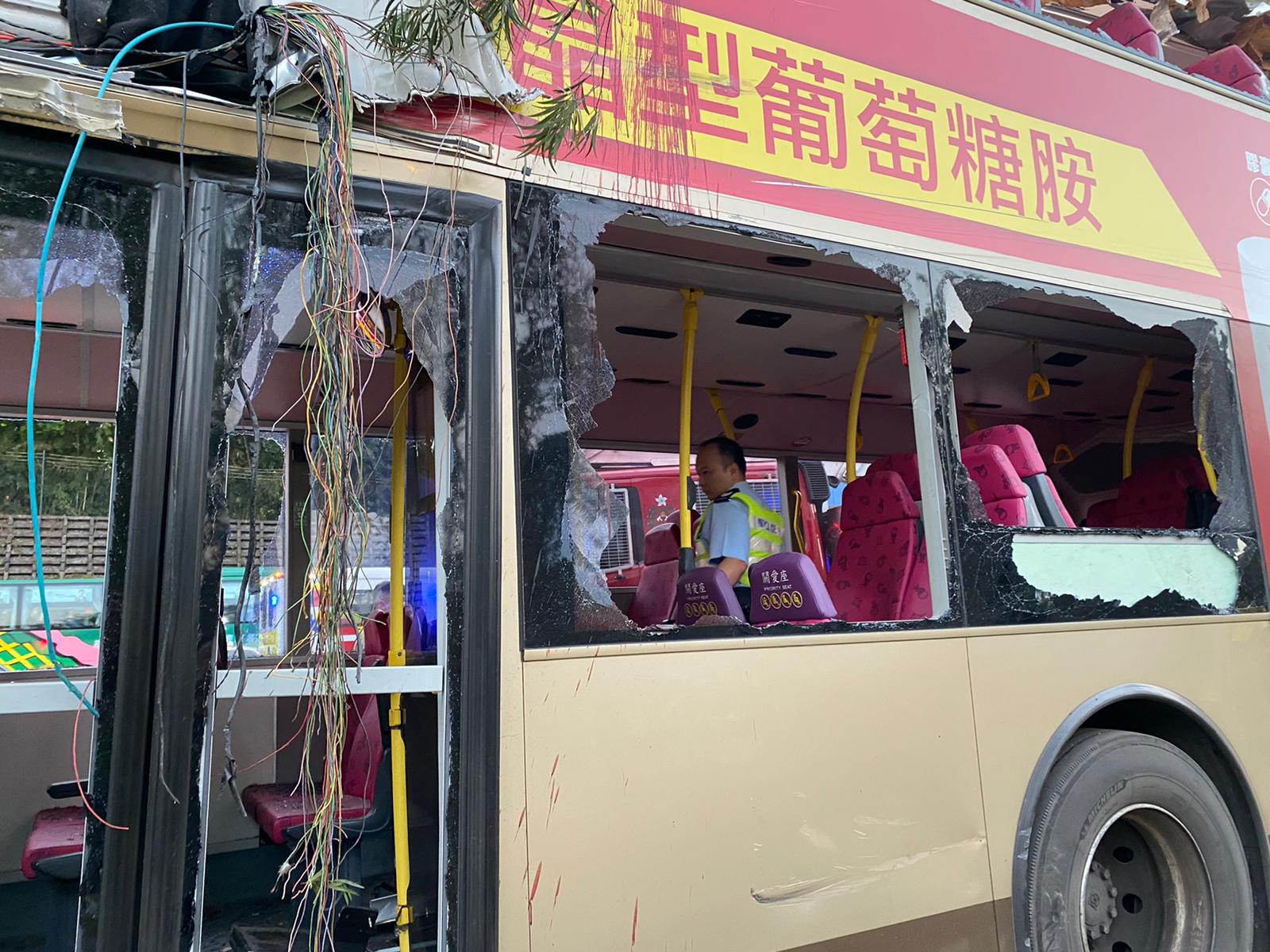 The Transport Department of the HKSAR government said it has asked the driver to submit a report about the accident as soon as possible.

HKSAR Chief Executive Carrie Lam said she was shocked and saddened by the serious bus accident and expressed her condolences and sympathy to the families of the victims.

She has instructed relevant departments including the Social Welfare Department and the Home Affairs Department, together with the Hospital Authority, to provide all appropriate assistance to the injured people as well as family members of the victims.