The death toll from the explosion at a chemical plant in Xiangshui last Thursday rose to 78, with 56 of them having been identified, Cao Baolu, the mayor of Xiangshui, said at a press conference on Monday. 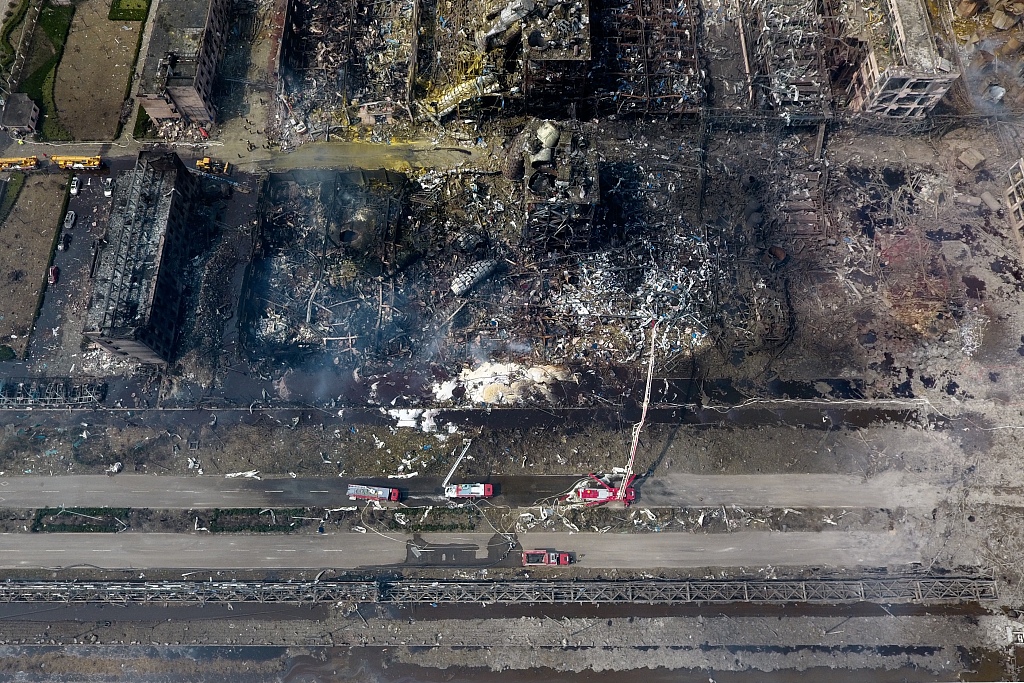 25 of the 28 who remain unaccounted for have been confirmed dead by DNA identification technology, and the other three were unharmed, according to Cao.

The State Council has ordered a national investigation into the potential hazards of dangerous chemicals and safety assessments on all chemical industry parks in the country.

The explosion happened at about 2:48 p.m. Thursday following a fire that broke out in a plant owned by Jiangsu Tianjiayi Chemical Co. Ltd., in a chemical industrial park in Xiangshui County in Yancheng.