Death toll of 6.8-magnitude quake in China's Sichuan rises to 93

As of 5 pm on Sunday, a total of 93 people have been killed and 25 remain missing after a 6.8-magnitude earthquake hit Luding county in Southwest China's Sichuan Province on September 5, local authorities said Monday. 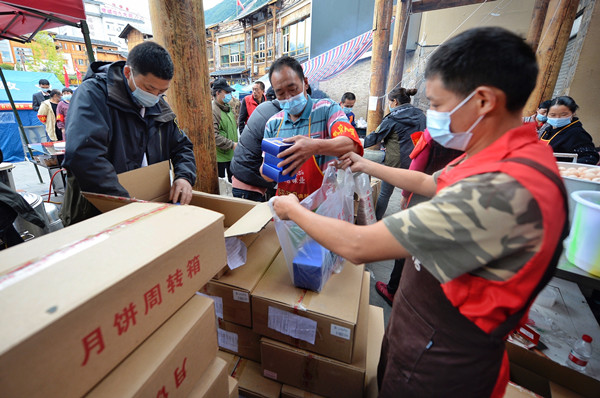 Volunteers distribute mooncakes for villagers and rescuers on the occasion of the Mid-Autumn Festival at a quake relief shelter in Moxi town of Luding county, Southwest China's Sichuan province, Sept 10, 2022. (Photo: Xinhua)

Twenty-five people were still missing, among which nine were from Luding county and 16 were from Shimian county.

The earthquake struck Luding county in Ganzi at 12:52 pm on September 5.