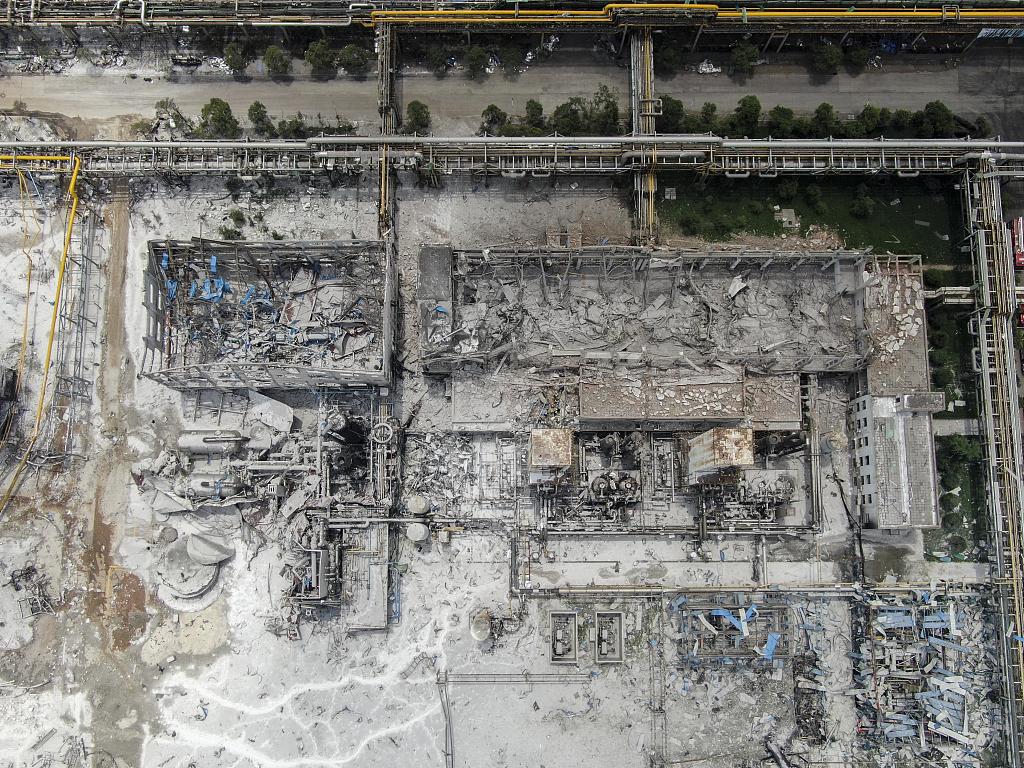 ZHENGZHOU, July 20 (Xinhua) - Fifteen people have been killed and 15 others severely injured after an explosion ripped through a gas plant in central China's Henan Province Friday, local authorities confirmed Saturday.

A device in the gas factory owned by the Henan Coal Gas (Group) Co. Ltd., located in the city of Yima, exploded at around 5:45 p.m. Friday, according to the government of Sanmenxia City, which administers Yima.

The blast also left an unidentified number of people slightly injured, according to local government. The injured have been sent to hospital for treatment.

Rescuers are searching for the missing people, local authorities said.

The Ministry of Emergency Management has sent a work team and the National Health Commission has dispatched medical experts to the site.