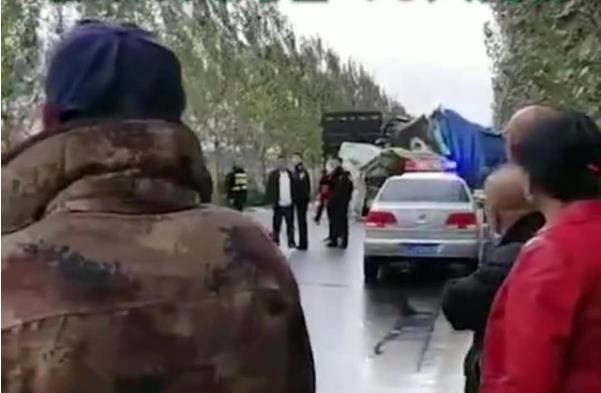 CHANGCHUN, Oct. 4 (Xinhua) -- Eighteen people have been confirmed dead and one injured in a road accident in northeast China's Jilin Province as of 3:00 p.m. Sunday, according to local public security authorities.

The accident occurred at around 5:40 a.m. Sunday in Shiqiao Village in Jilin's Fuyu city, said the city's public security bureau. A minivan crashed into the rear of a four-wheel tractor running in the same direction, then collided with a car running in the opposite direction.

Eight people were killed at the scene and 10 died in hospital after treatment failed, according to the public security bureau of Fuyu city.

One injured person is receiving treatment in hospital and the condition of the injured is not life threatening.