The death toll has risen to 20 after a landslide hit southwest China's Guizhou Province.

As of 8 a.m. Friday, 20 people had been found dead, another 11 were rescued, and an estimated 25 remained missing.

At about 9:20 p.m. Tuesday, a landslide lashed a village in Shuicheng County of the city of Liupanshui, burying 21 houses. More than 50 people were living in the affected area when the landslide struck, according to rescuers. 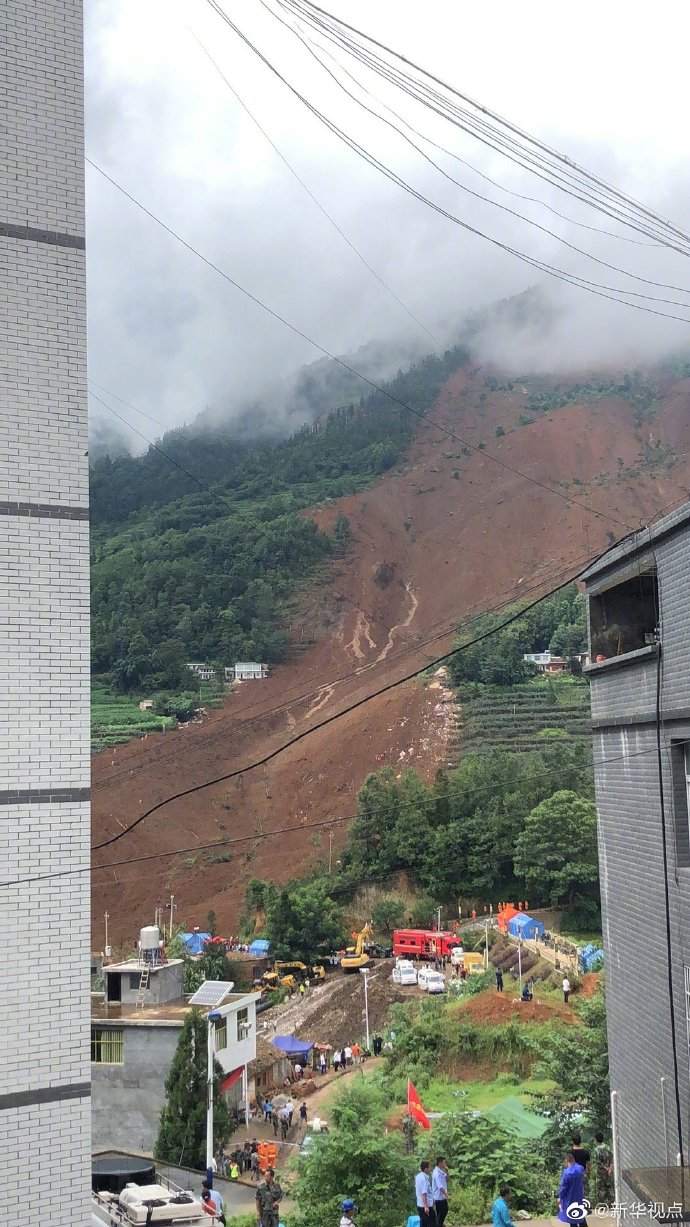 "I heard a rumbling when the slide struck, and my house collapsed not long after I ran out of it," said Mao Changshun, a villager who was under treatment for two broken ribs and head injuries.

"Family is my hope, and I'm holding on," Mao said, insisting on walking by himself outside the ward.

Rescuers are also plodding through the mud, searching for any possible sign of life. Personnel from medical, emergency, transportation and other departments are holding their positions in the site.

"Rescue forces will never give up hope and will spare no effort in their search and rescue work," said Lei Bangyuan with the emergency rescue team.

A state-level emergency medical team called up by the National Health Commission has arrived at the site, with three leading medical experts from Beijing helping local doctors treat the injured.

A 30-million-yuan (about 4.35 million U.S. dollars) disaster relief fund has been allocated by the ministries of finance and emergency management and will be used to support the search, rescue and relocation of victims, as well as other disaster relief work.