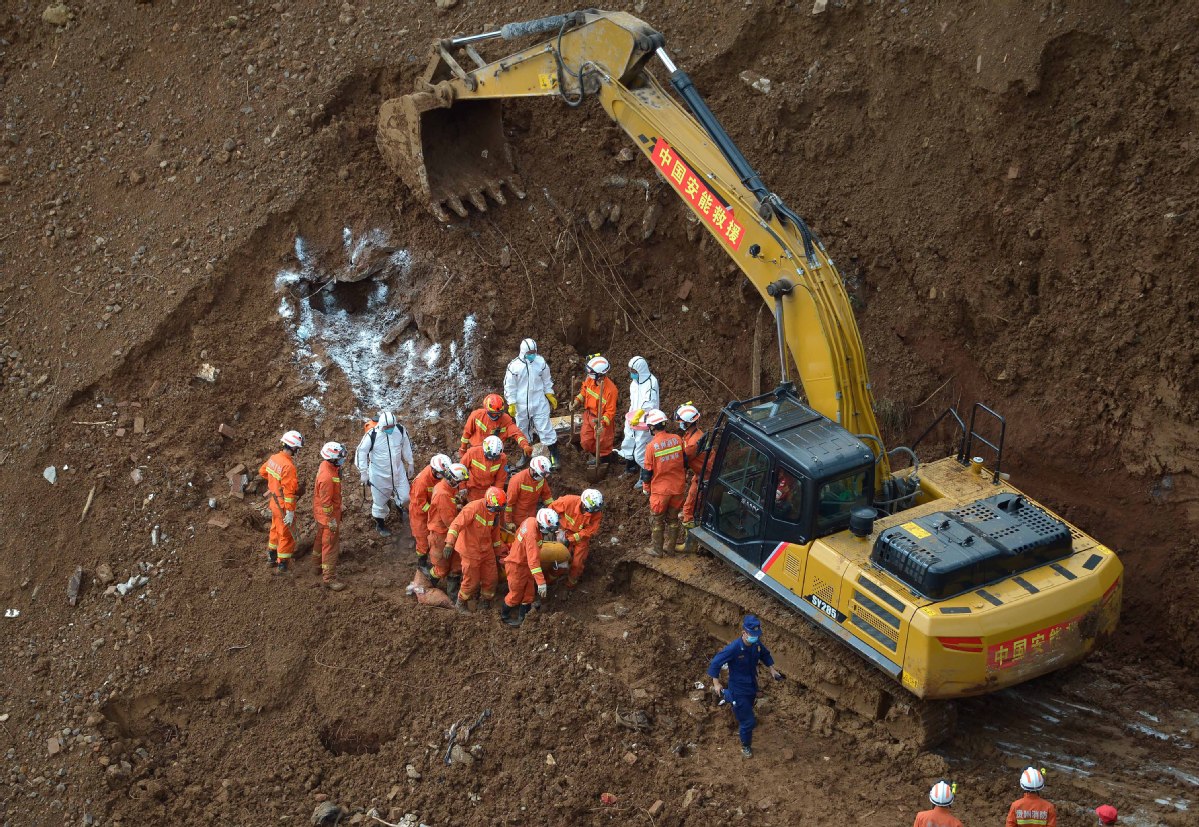 On Tuesday night, a landslide lashed a village in Shuicheng County of the city of Liupanshui, burying 21 houses. Rescue work soon started.

A total of 40 people had been rescued from the site, according to the local emergency rescue command.

Multiple rescue teams and experts have been working on the site into the fourth day, searching for the missing people. Disease control personnel have been sanitizing the area.

The local government has set up a temporary settlement point in a local middle school, offering medical services and psychological counseling.

A 30-million-yuan (about 4.35 million U.S. dollars) disaster relief fund has been allocated by the ministries of finance and emergency management and will be used to support the search, rescue and relocation of victims, as well as other disaster relief work.