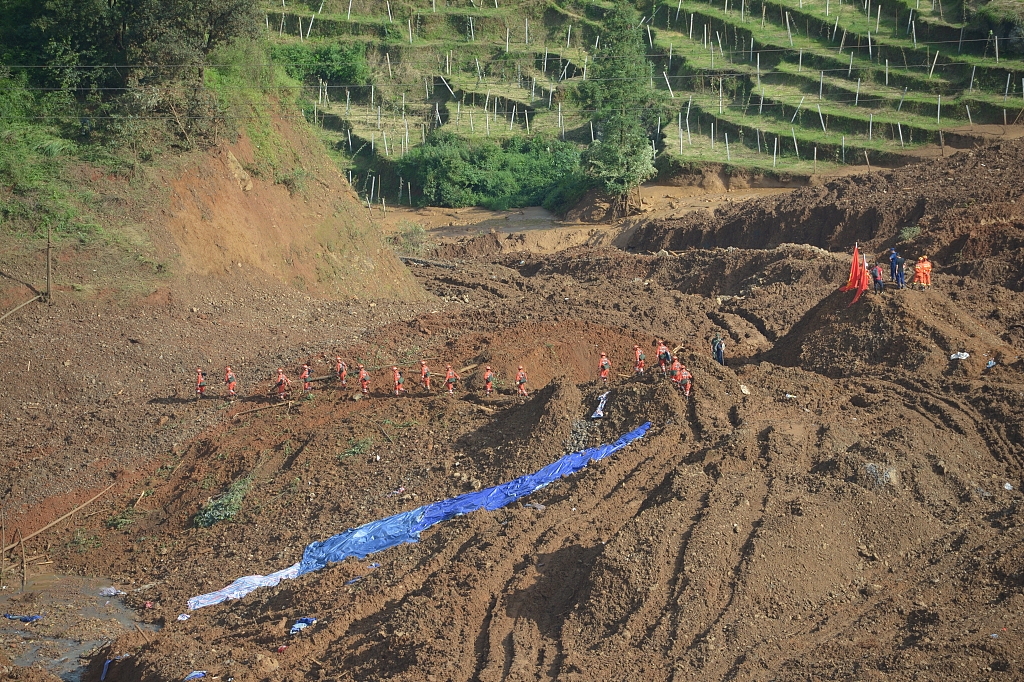 The landslide lashed a village in Shuicheng County in the city of Liupanshui at 9:20 p.m. Tuesday, burying 21 houses. Rescue workers earlier raced against time to recover survivors while preventing secondary disasters.

Eleven people injured in the disaster had been taken to hospitals for treatment, according to the local emergency rescue command.

Based on life detection and the site's risk evaluation, the rescue operation ended midnight Sunday.

On Monday afternoon, more than 700 rescue officials and workers, victims' families and local residents held a memorial service for the dead at the landslide site.

Monday marked the seventh day from the time of the disaster, a key traditional date for people to pay respect to the deceased in China.