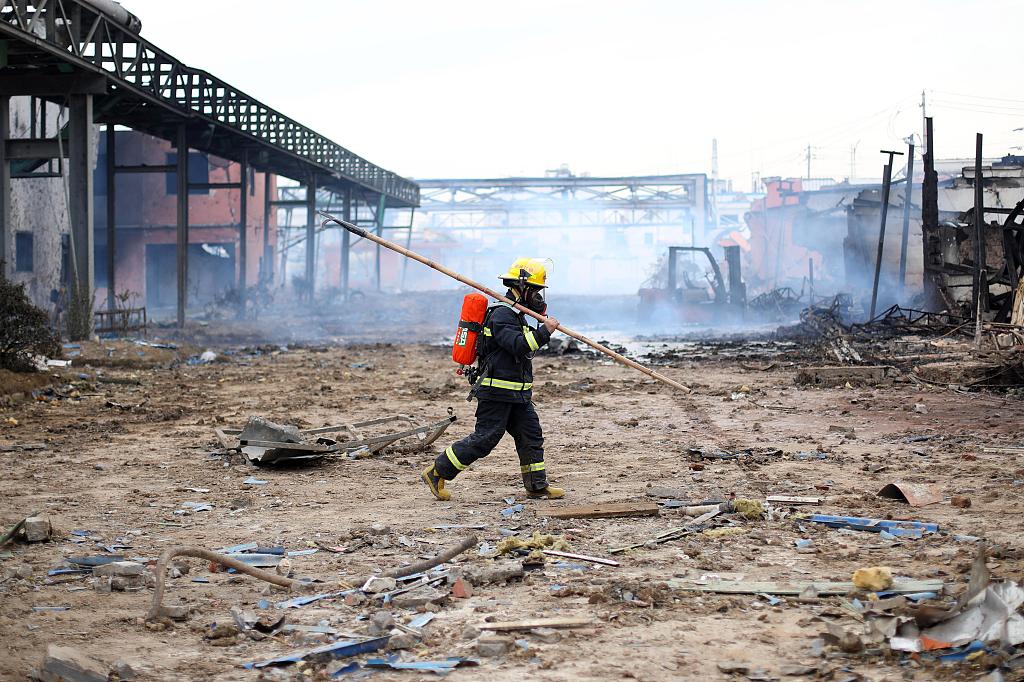 A powerful explosion at a chemical plant has killed 64 in Yancheng City, east China’s Jiangsu Province, according to the press briefing on Saturday.

Among the dead, 26 people have been identified with 38 others still unknown. The blast that occurred on Thursday afternoon also left hundreds of people injured and buildings damaged in the neighboring area.

Over 600 people have been sent to hospital, among which 21 people are in critical condition and 73 others seriously injured, Cao Lubao, Mayor of Yancheng City, told reporters.

The blast also set huge fire to many factories in the park, which was brought under control on Friday.

Local authorities are closely watching the changes in the environment and have taken measures to prevent polluted water inside the park from flowing out and contaminating outside waters. So far, no abnormalities have been detected, said Cao.

Thousands of firefighters and medical workers and hundreds of ambulances and fire trucks have joined an all-out rescue after the explosion.

A male survivor was found on Saturday morning. The rescue operation is still underway.