CHINA Deaths rise to 6 after bar collapses in south China

Deaths rise to 6 after bar collapses in south China 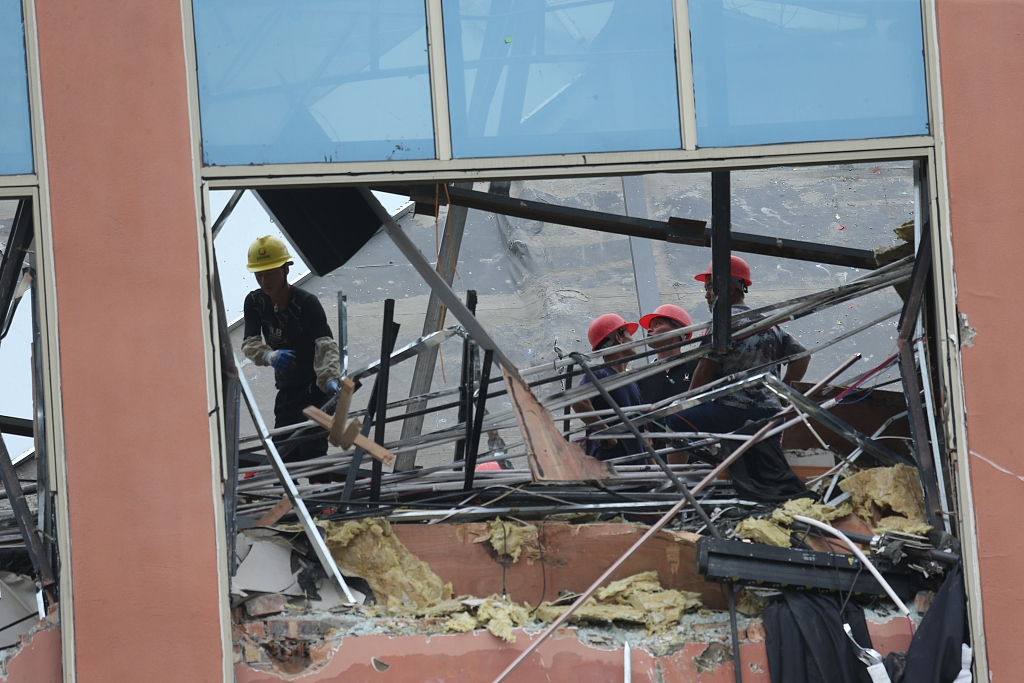 NANNING, May 21 (Xinhua) -- The death toll has risen to six after the roof of a bar collapsed Monday in the city of Baise, southern China's Guangxi Zhuang Autonomous Region.

Rescuers found two more bodies in the debris on Tuesday afternoon, and all missing have been found so far, according to the regional emergency management department.

A total of 87 people were injured, including one in critical condition and 16 with severe injures.

Local police have summoned 23 people for investigation and seven have been detained on suspicion of causing a major safety accident.

Police and fire departments sent around 260 people to aid in search and rescue after the collapse. Both the national and regional health commissions have sent medical expert teams to guide treatment of the injured.

The bar, with an area of 700 square meters, is located on the top floor of a three-story steel-framed building.

Investigation and clean-up efforts are underway.