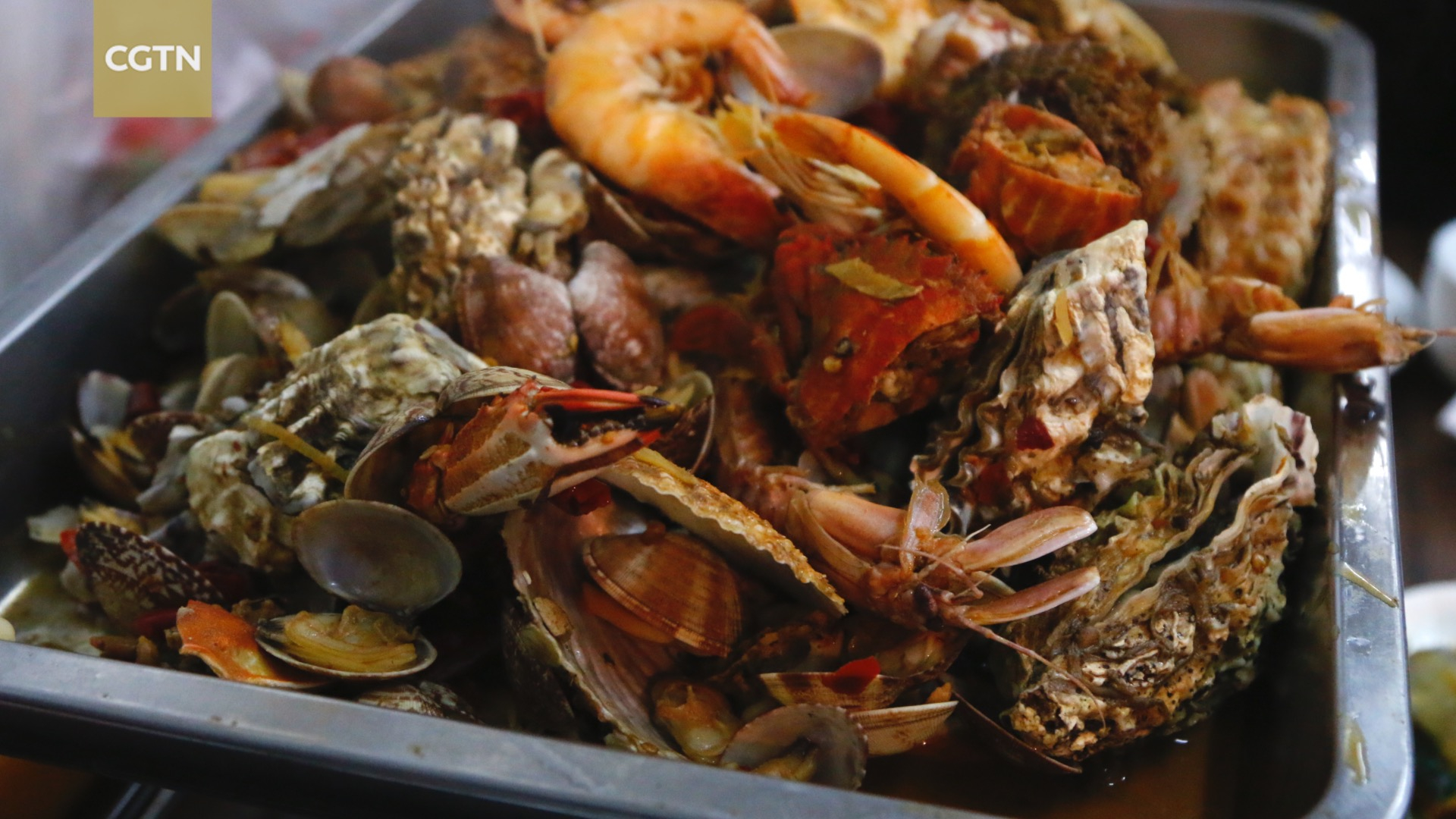 Half of Qingdao City is advancing toward becoming an international economic hub, ready for the upcoming Shanghai Cooperation Organization (SCO) Summit, while the other half has managed to maintain a peaceful and slow-paced life. Abundant seafood delicacies and draft beer help create a leisurely vibe that fills the city from dawn to dusk.

In the old town of Qingdao, Yimin, a seafood restaurant that sits along a stone paving near St. Michael's Cathedral, has around two decades of history.

The diner is now run by a millennial named Yu Zijun, who took over the business from his retired father. Yu did not expand the business, nor did he consider taking advantage of the Internet or setting up a food delivery service.

“We have made seafood for many years and my father only accepted two apprentices,” Yu explained. "The texture and the taste of seafood take patience and subtlety. We can’t run two diners and still maintain the kind of taste we should offer, and the steam in the delivery box would surely damage the food.”

That is why the diner remains the only home kitchen in the neighborhood, with visitors – attracted by word of mouth – queuing up with a keen appetite for new discoveries almost every day.

Restaurants like Yimin have made the old town of Qingdao into something of a reflection of the city's urban development.

Some come to Qingdao for opportunity, others come just to reminisce. Zhang Hui’an, who is among the latter, would rather have his students document the city’s past with sketch boards.

Zhang is a professor at Xi'an University of Posts and Telecommunications. He had his digital media students sketch the city in seven days. According to him, the old town in Qingdao has a unique style, whereas the new local landscape has assimilated with an exotic ethos. This harmony is represented in the eclectic buildings and plants found along the mountains and coastal lines.