Decades of effort help control floods and pollution in Huaihe 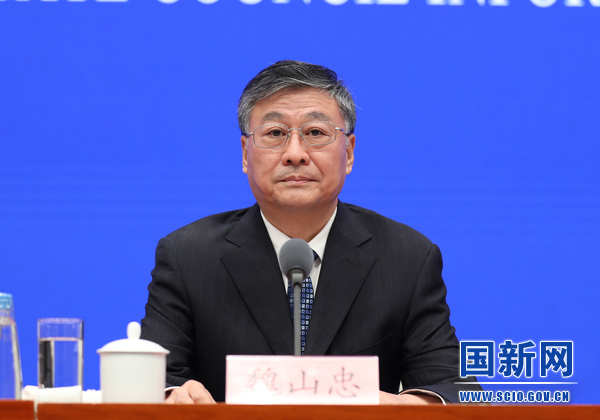 Flood control in the Huaihe River has been vastly enhanced and pollution effectively curbed following decades of consistent efforts to harness the waterway, the Ministry of Water Resources said.

The Huaihe was the first river in China to see comprehensive and systematic management rolled out after 1949. Dikes in key flood control areas and major cities on the river's middle reach and Hongze Lake on its lower reach can now resist once-in-a-century floods, Wei Shanzhong, vice-minister of water resources, told a news conference on Tuesday organized by the State Council Information Office.

"With the storage capacity of areas for flood diversion in the river basin fully used, the river can now withstand the test of the worst floods since the founding of the People's Republic of China in 1949," he said.

One of the country's seven major waterways, the Huaihe passes through Henan, Anhui and Jiangsu provinces. Together with the Qinling Mountains to the west, it forms the dividing line between southern and northern China.

The central authorities have always attached great importance to management of the river basin. The State Council, China's Cabinet, has held 12 conferences on its management, with Wei saying that the river could have received the most attention ever given to any Chinese waterway.

About 924.1 billion yuan ($138.2 billion) has been spent in efforts to harness the river, creating direct economic benefits worth almost 4.76 trillion yuan, Wei said.

Aside from promoting sustainable development of water resources and conservation of the water ecosystem, the systematic management of the watercourse in the basin had offered strong guarantees for economic and social development, he said.

Xiao You, head of the ministry's Huaihe River Commission, which is headquartered in Bengbu, Anhui, said pollution control in the river basin had seen marked progress.

Due to the sharp increase in waste water discharges to the river, the trunk of the waterway became a black, malodorous water body often dotted with dead fish in the 1990s.

"Residents close to the river in Bengbu and Huainan (also in Anhui) even had to get water from wells with buckets for daily use because the quality of the water from the river still could not meet the public's requirements even after being processed in waterworks," he said.

He said pollutants discharged into the river have continued to decline as authorities in the basin shut down small and polluting factories, adjusted industrial structures and constructed sewage treatment plants. The discharge of ammonia nitrogen in the basin, for example, declined from 90,000 metric tons in 1993 to 18,000 tons in 2018.

Thanks to the efforts, the water quality in the trunk of the river has been ranked Grade III, the third-highest in the country's five-tier quality system for surface water, since 2011, Xiao said.

Wang Annan, the ministry's chief planner, said, however, that water resources development and utilization in some areas in the basin still exceeded the carrying capacity of the local environment.

He said that despite the general trend of improvement, occasional pollution incidents still occurred in some sections of the Huaihe and its tributaries.