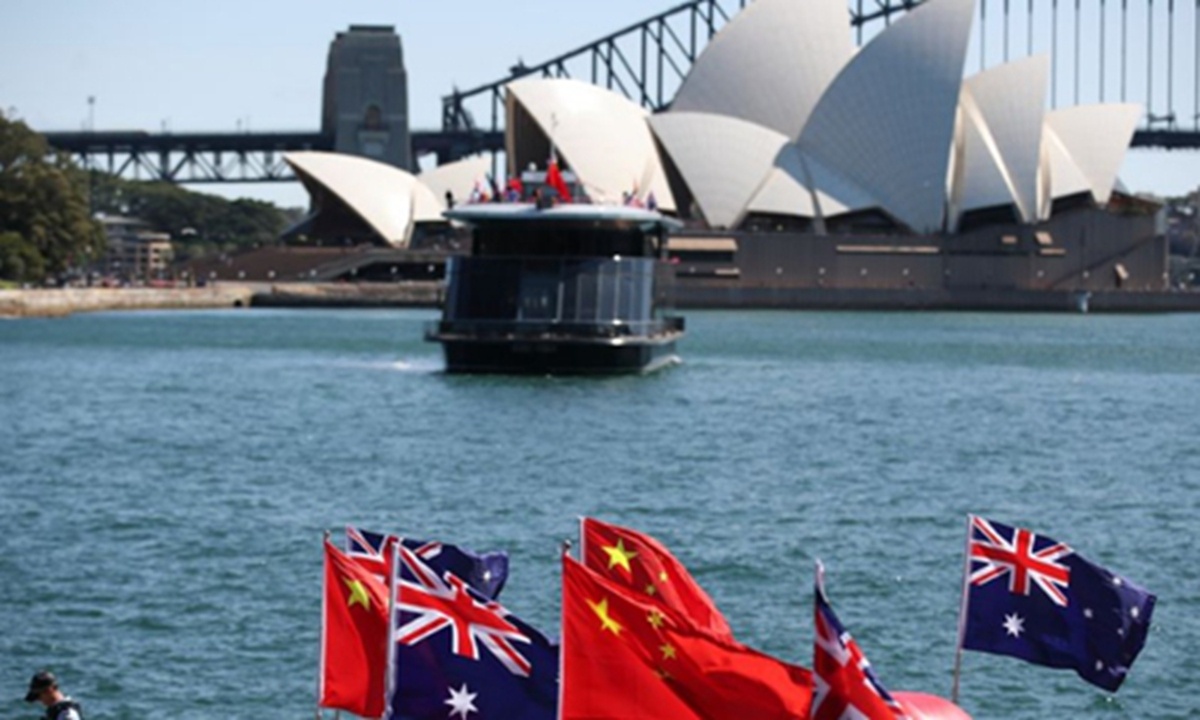 Whether or not China has fired a shot at coal imports from Australia has become the focus of attention in political and business circles. According to trade publication S&P Global Platts, Chinese state-owned power plants and steel mills received verbal notice from authorities to stop buying Australian thermal and coking coal.

When asked about the informal ban on Australian coal at a press conference on Tuesday, Chinese customs spokesman Li Kuiwen said that customs authorities will "further strengthen import supervision on related goods."

Given the fact that China is the world's largest coal buyer and Australia the largest coal exporter, the Australian side and various media outlets are desperately seeking official clues of a coal import ban. Whether such a ban is a retaliation against Australia on China's part is also being highly debated.

Australian coal is just one aspect of China-Australia economic and trade ties. Taking into consideration China's ambitious carbon-neutrality goal, observers are already suggesting that Australian coal exports to China would fall sharply regardless. In this sense, the overall decline of Australia's trade with China and its implications for the Australian economy may be the actual most pressing issue the Morrison government should feel anxious about.

The coal import ban concerns may exacerbate trade tensions between China and Australia, but it is worth noting that the downward trend in bilateral trade, especially in Australian exports to China, is unlikely to see much change in the near term amid the political stalemate. According to Chinese customs data released on Tuesday, China's imports from Australia reached 69.16 billion yuan ($10.3 billion) in September, down 10.47 percent year-on-year.

Trade statistics for the past several months are sufficient to indicate that China-Australia trade has experienced setbacks for some time. Some in Australia may believe the losses Australian exporters are suffering are economic punishment by the Chinese government in retaliation for its political disputes with the Morrison government over a series of issues. Yet, an overall downward trend in bilateral trade is not something that the Chinese government can achieve alone.

Rather than accusing China of economic coercion, Australian politicians and economists need to recognize that the real cause of the trade slump is the loss of market confidence. As Canberra adopts an increasingly hostile approach toward China, bilateral relations have deteriorated rapidly, and businesses now prefer to take a cautious attitude toward investment and trade between the two sides.

While the Australian government has said it is seeking talks with China regarding trade issues, it has repeatedly engaged in political and economic maneuvers that are apparently unfriendly to China or Chinese businesses, aggravating market concerns over escalating tensions.

In this sense, the Australian government needs to take responsibility for souring relations and the losses of Australian exporters. Politicians need to reflect on their China policy and make necessary adjustments. Only when the China-Australia relationship gets out of the doldrums can the market restore confidence in bilateral trade.