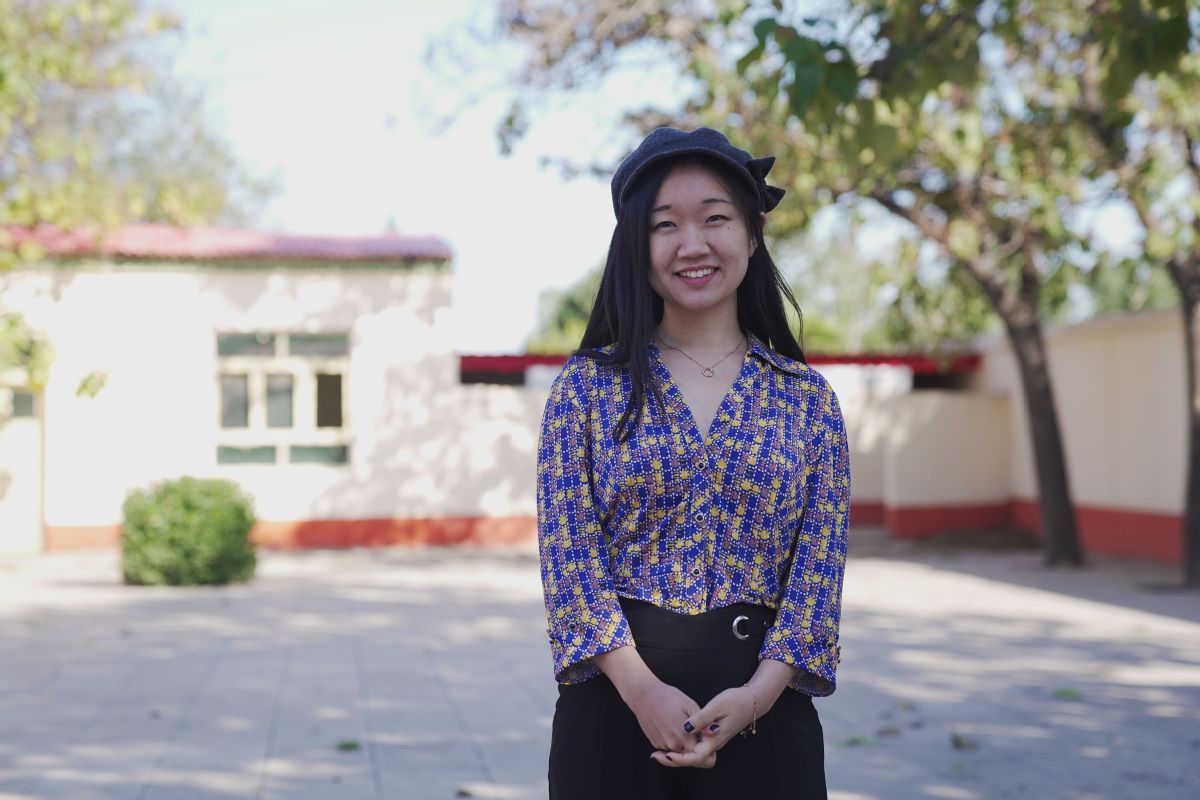 Ren Xiaoyuan was named one of seven Young Champions of the Earth by the UN Environment Programme last month. (Photos: CHINA DAILY)

When she was at high school, Ren Xiaoyuan was like many of her peers and considered achieving good exam results the most important thing in life. And like many other Chinese parents, her mother and father encouraged this competitive mindset. "I was very anxious then," Ren said, recalling her senior high school years in Beijing.

However, with the help of a youth association, the 30-year-old managed to free herself from academic competition and develop a passion for the environment.

On Dec 15, her persistence was rewarded when she was named one of seven Young Champions of the Earth by the UN Environment Programme for developing an app that informs rural residents in China whether water is safe to drink.

Seed of an idea

As a student, it was Ren's participation in a garbage classification activity organized by Roots& Shoots－a community-based program founded by British zoologist and conservationist Jane Goodall in 1991 to spread awareness among young people on environmental, conservation and humanitarian issues－that changed her perspective on life.

Ren did a good job on the activity, and was complimented by the head of the Roots& Shoots association at her school, who encouraged her to take over as leader.

Even though she had little knowledge about conservation and environmental protection, out of curiosity she decided to try the leadership role. When she started to learn more about Roots & Shoots it suddenly dawned on the teenager what she wanted to do with her life.

Ren was inspired by the lengthy period Goodall spent living with chimpanzees in Gombe Stream National Park, Tanzania, as part of her research, which helped the conservationist understand that primates and humans share many emotions.

"I realized outside yourself, school and academic scores, there is a much larger world," Ren said. "Instead of only concentrating on and thinking about ourselves … we should make efforts toward a healthier and more sustainable existence."

As leader of the club, Ren organized for members to go to Beijing Zoo to decorate animals' living spaces and recorded whether the animals' behavior and emotions changed. They also staged a quiz outside a supermarket and gave away prizes in their efforts to discourage people from using plastic bags.

After quitting the club as a senior student according to the club's regulations, she signed up with the NGO, Youth Climate Action Network, as a volunteer interpreter.

However, her decision triggered quarrels with her parents who believed that she should concentrate on preparing for her college applications. She had no choice but to give up the opportunity at the NGO. 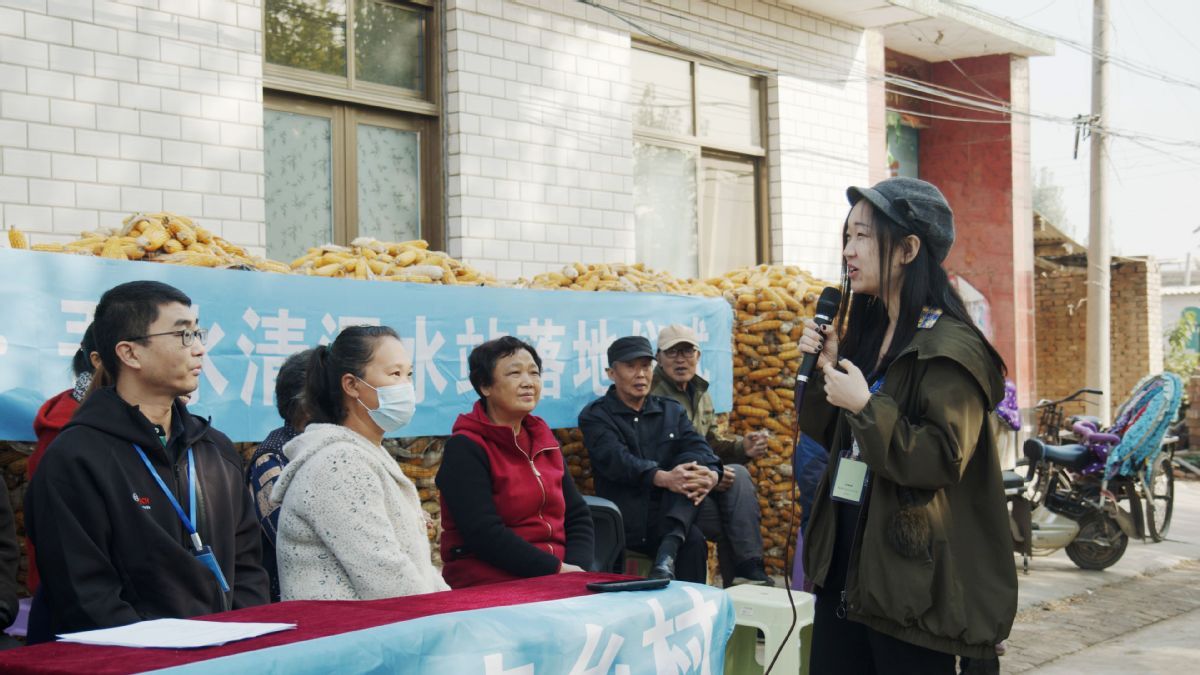 Ren addresses villagers at a ceremony to launch a drinking water facility in Hebei province in October.

However, her passion for environmental issues never died. She was admitted to Vassar College in New York and majored in physics and sustainable development. She then attended the Massachusetts Institute of Technology and gained dual masters in environmental engineering and technology and policy.

While studying in the United States her active role in environmental issues continued. She joined a three-week cruise in the Gulf of Mexico to measure diffusion rates of an oil spill, and at MIT she was involved in helping improve sanitation in rural India.

The experiences aroused her interest in water issues and also contributed to her launching an NGO in 2015 called MyH2O. "I still wanted to do something for my motherland," she said.

MyH2O has a platform that depends on a nationwide network of youth volunteers to provide a picture of the state of water across rural China. In addition to conducting water usage surveys and evaluating the demand for clean water, the volunteers are also trained to test water quality and log the results on the platform.

Via an app, rural residents are told where to find clean water and they are also connected with businesses and nonprofit organizations that provide potable water.

According to the platform, it provides support for more than 130 teams, each with about 10 members.

Ren said, in the next five years, the key task of the platform will be to try to provide solutions to water problems in rural China.

In the long run, she hopes that the accumulated data can be collated into a report to be used for reference by domestic NGOs and international organizations.

Ren said she focused on rural China because she had learned about the huge gap between urban and rural areas from her relatives. Though she was born and raised in Beijing, both her parents lived in rural areas until they attended university. "The world has treated me a little bit better. I feel a kind of responsibility to help," Ren said.

She said she was lucky to be recognized by the UN, adding her foreign study experiences made her application easier. However, she is optimistic the award will help her attract more international cooperation and change some prejudices about Chinese NGOs.

"When mentioning China, some people believe that there are no nongovernmental organizations in the country and all organizations are government related. When I tell my foreign friends that I work with an NGO, some of them are astonished and ask how can there be an NGO in China," she said.

Ren said she is looking forward to showing the vitality of Chinese youth on an international platform and changing stereotypes about China. "Actually, many Chinese youths are doing a lot," she said.