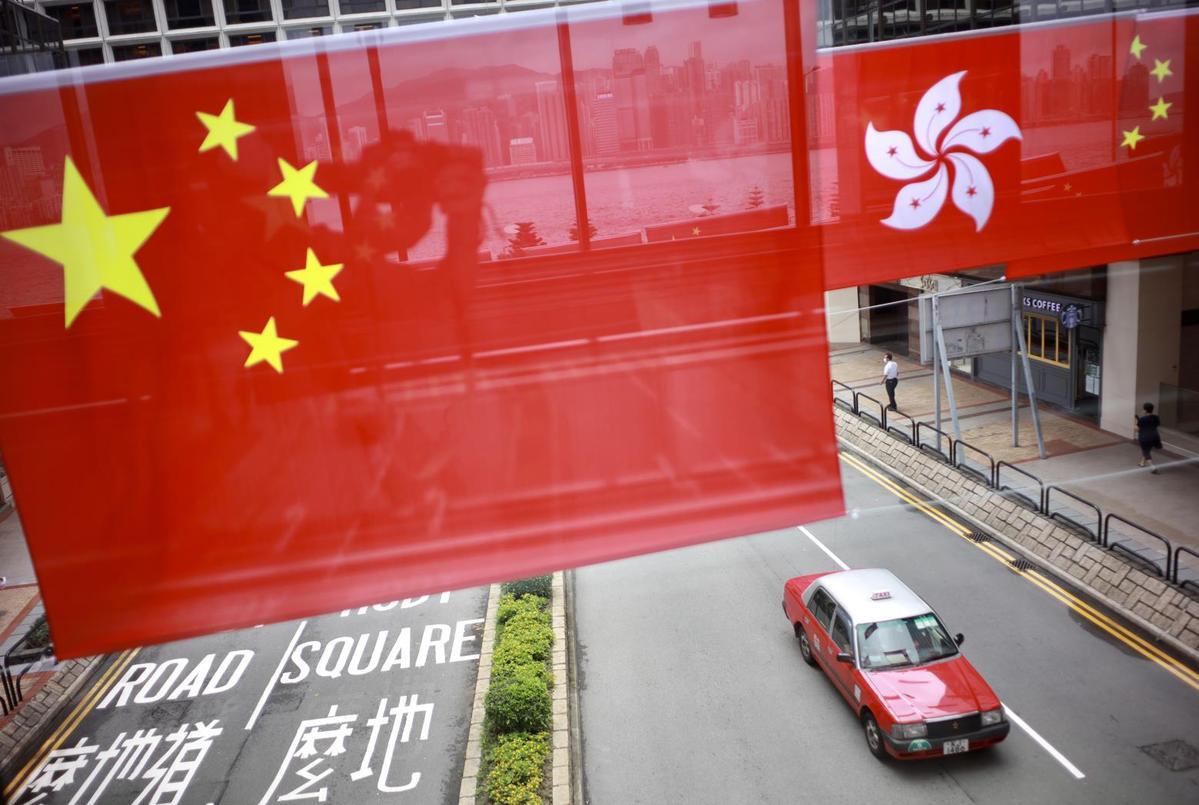 China's national flag and the flag of the Hong Kong Special Administrative Region are hung over the street for the celebration of 24th anniversary of Hong Kong's return to the motherland at Tsim Sha Tsui East in Hong Kong on June 29, 2021. (Photo: China Daily)

Capability to safeguard national security was highlighted on Friday during a high-level seminar simultaneously held in Beijing, Hong Kong and Macao to mark the one-year anniversary of the implementation of the national security law in Hong Kong.

Lau Siu-kai, vice-chairman of the Chinese Association of Hong Kong and Macao Studies, said Xia's speech stressed that it is expected that those in the governing team of the SAR shall not only be capable of safeguarding national sovereignty and development interests, but also able to fight against anti-China troublemakers and interfering foreign forces.

Lau said under the principle of "patriots administering Hong Kong", anti-China forces and troublemakers in Hong Kong shall never be allowed to enter Hong Kong's governing system through elections.

It is therefore understandable that there would be "strict reviews" for the candidates' eligibility in the three major local elections to be held in the next eight months, particularly if they meet the requirements of being a "patriot", Lau said.

Lau said Xia also warned foreign politicians who are attempting to sanction officials from the Chinese mainland and Hong Kong for their own political end. It will only backfire and inspire these officials and all Chinese to fend off interference by foreign forces, Lau said.

The words in Xia's speech showed the central government's unwavering commitment to "one country, two systems" in Hong Kong, Lau said. With Hong Kong ruled by capable patriots and malevolent forces unable to function, the city will be well-positioned to become more prosperous by further integration into the national development.

Maria Tam Wai-chu, deputy-director of the Committee for the Basic Law of the National People's Congress Standing Committee, highlighted the importance of "patriots administrating Hong Kong" when citing Xia's speech, saying the love for the nation and the city should be a natural sentiment rooted in residents' hearts.