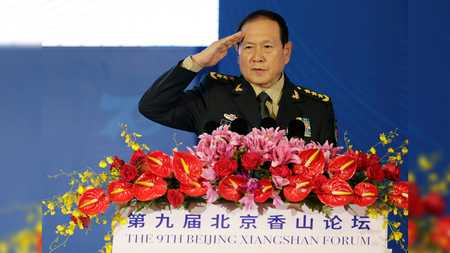 Wei made the remarks at the opening ceremony of the 9th Beijing Xiangshan Forum in the Chinese capital, after reading a congratulatory letter from Chinese President Xi Jinping. The forum that convened on Sunday will last three days.

The size of the Chinese military is maintained at a moderate level, said Wei. In 2015, President Xi announced the process of downsizing China's armed forces the People's Liberation Army (PLA), pledging to reduce the number of personnel by 300,000.

The senior Chinese officer also talked about the transparency of China's military expenditure, adding that it has been kept under two percent of the country's GDP in the past 30 years. That's the lowest among permanent members of the UN Security Council, he said.

Wei also stressed that China will never pursue hegemony or expansion, and will not take part in any arms race.