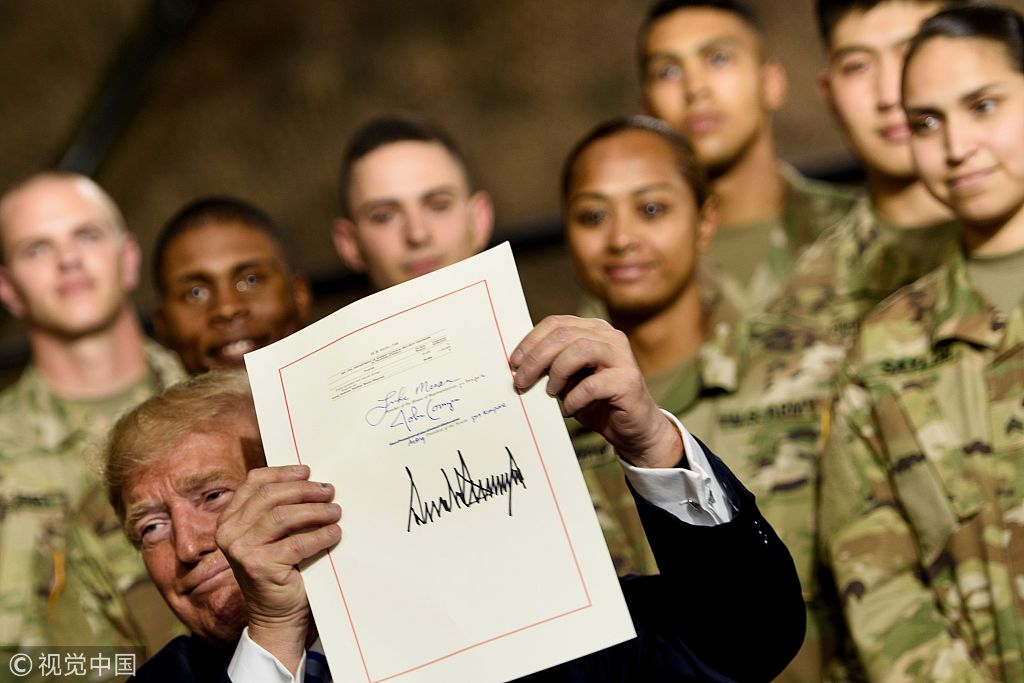 Beijing’s discontent came after US President Donald Trump signed a massive defense budget bill into law on Monday, which encourages the US military’s interactions with Taiwan.

The island is an integral part of China and the law is meddling in China’s internal affairs, said the ministry in a statement. Describing Taiwan as the most sensitive and most important core issue of the ties, Beijing said it firmly opposes the official exchanges and military contacts in any form between Washington and Taiwan.

Like statements released earlier in the day by ministries responsible for commerce and foreign affairs, the Defense Ministry stepped up the call, asking the US to uphold its commitments made to the Chinese government on the Taiwan question.