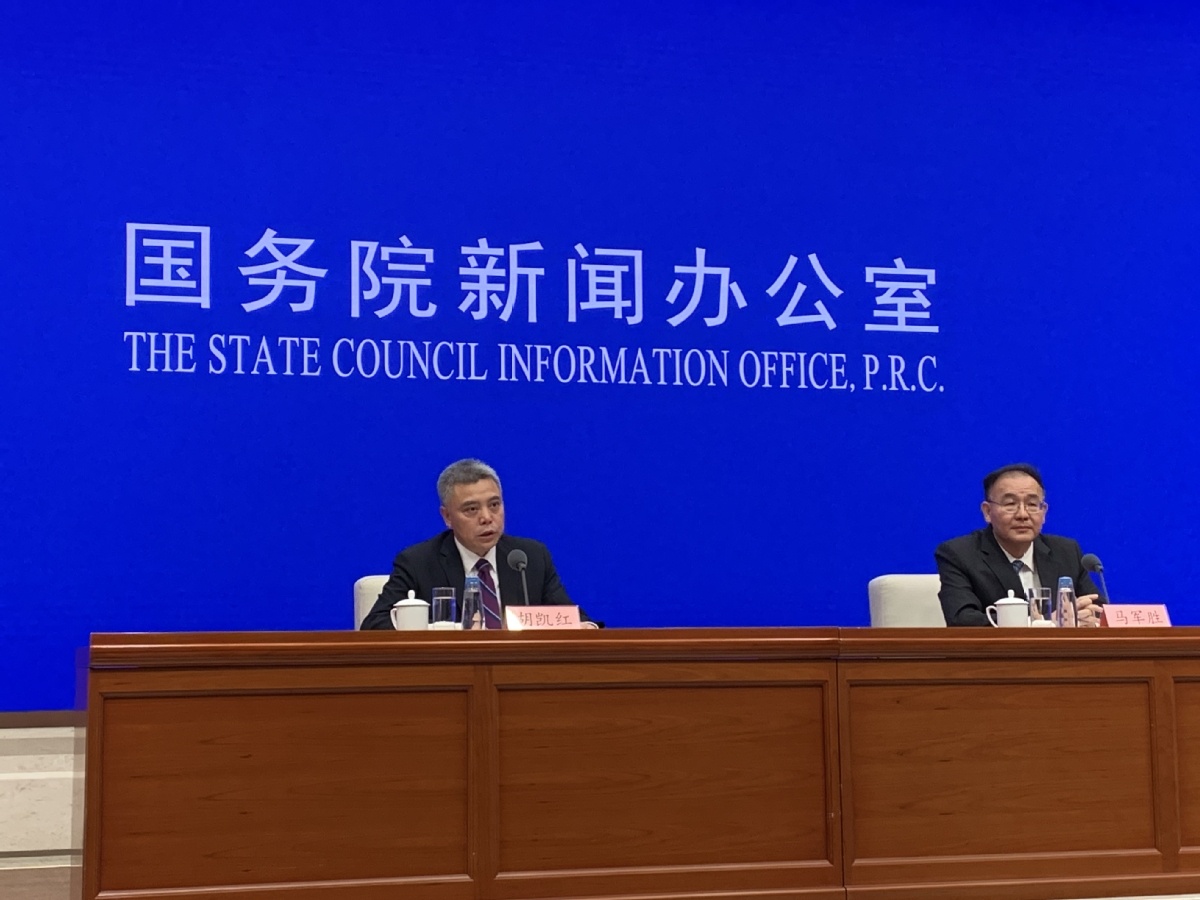 Ma Junsheng, right, head of the State Post Bureau, attends a news conference held by the Information Office of the State Council, on Sept 21, 2020. (Photo: Xinhua)

Major delivery companies have created more than 1.5 million jobs for impoverished areas since 2014, said Ma Junsheng, head of the State Post Bureau, at a news conference held by the Information Office of the State Council.

During the first eight months of this year, the postal and express industry has created 150,000 plus jobs in rural areas and helped 100,000 financially-strapped households in 504 national-level poverty-stricken counties increase incomes by over 100 million yuan, he added.

The country's delivery companies have nurtured 163 projects designed to promote sales of local farm produce and specialties by the end of last year, with each handling more than 1 million parcels annually, he said, adding that 37 of them boasted over 10 million deliveries each year.

Ma also noted that a total of 15 billion parcels were delivered in rural areas last year, and the figure already rose to 20 billion in the first eight months of this year.

To date, China has achieved the goal of covering all administrative villages with direct postal services, and express delivery outlets have been set up in 97 percent of the townships across the country, according to the bureau.