Delivery service boosts at the foot of the world's highest mountain 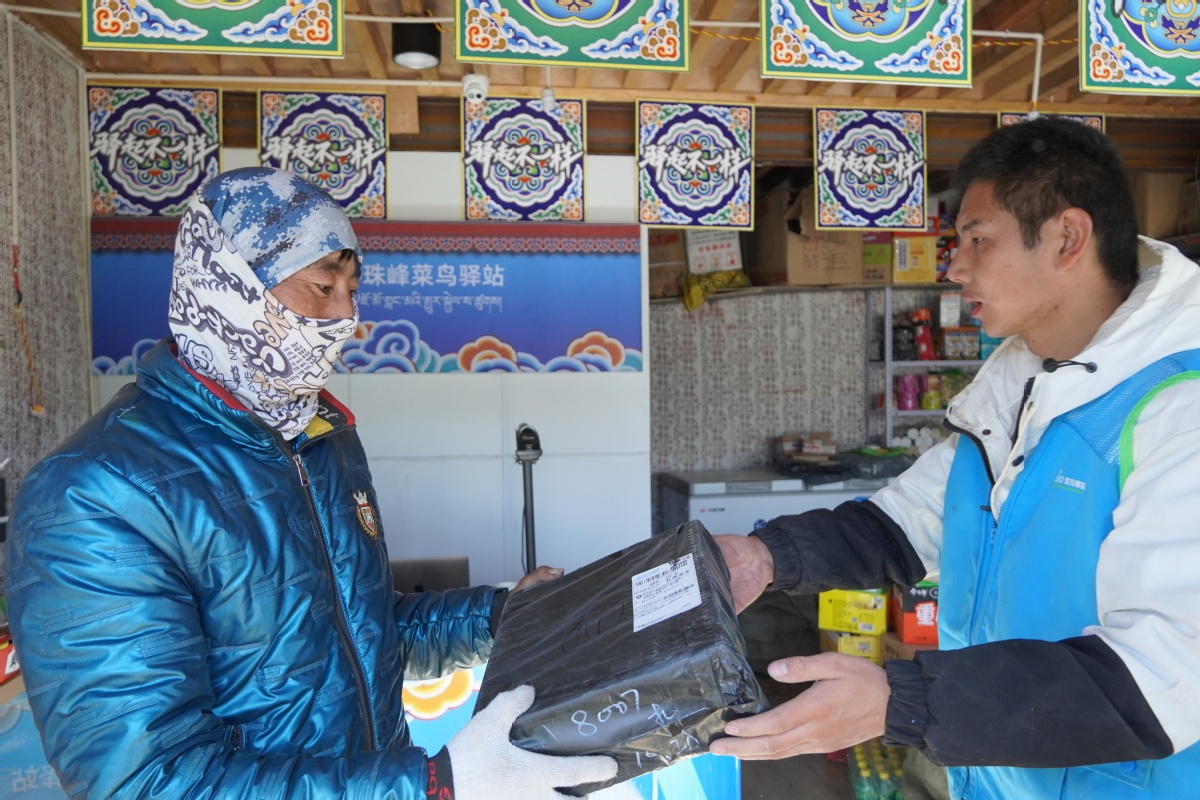 A delivery worker passes a parcel to a man at the world's highest delivery service station in Tashi Dzom, a remote town in Dingri county of Southwest China's Tibet autonomous region, on April 12, 2020. (Photos: chinadaily.com.cn)

The number of parcels has increased more than 10-fold in the remote town of Tashi Dzom in Dingri county of Southwest China's Tibet autonomous region, thanks to the fast-growing logistics industry in recent years, considering there was no delivery service four years ago.

At an altitude of 4,119 meters, Tashi Dzom is about 50 km away from the foot of Qomolangma, also known as Mount Everest , about 50 km from the county seat, and about 300 km from Shigatse, the region's second-largest city.

In 2016, Alibaba's logistics arm, Cainiao Network, set up the world's highest delivery service station in Tashi Dzom to expand business and services to far remote areas in the region.

The establishment of the delivery service station at the foot of Qomolangma has enabled more local residents to shop online as they can pick up parcels in their town. 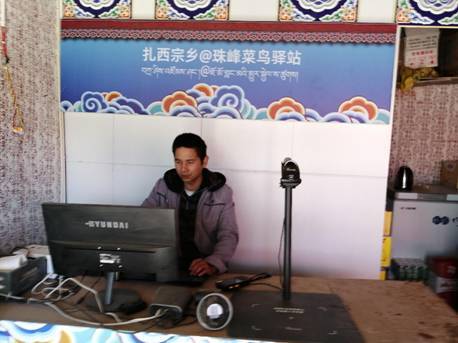 Yang Tao, the courier of the delivery service station at the foot of the Qomolangma, also known as Mount Everest, works in his office on Nov 11, 2020.

Before the station opened, locals had to go to the county town themselves to fetch items, which took time, and involved money and inconvenience.

The courier and the manager of the station is a young man named Yang Tao, who was originally from North China's Shanxi province. Born in the 1990s, he periodically drives his pickup for four hours to the county seat of Dingri and back to fetch parcels delivered from online shops.

Local recipients come to his station to pick up their packages, and it brings much convenience and more products to the small town with a population of about 7,400. They live so remotely that some have to travel 50 km to come to the station.

Yang Tao said the number of delivery parcels in the first month in 2016 was only 17, however, that number has grown to an average of 200 a month now, and school teachers, government workers, policemen, young business people and outsiders who work on construction sites are the recipients who most frequently shop on online platforms. 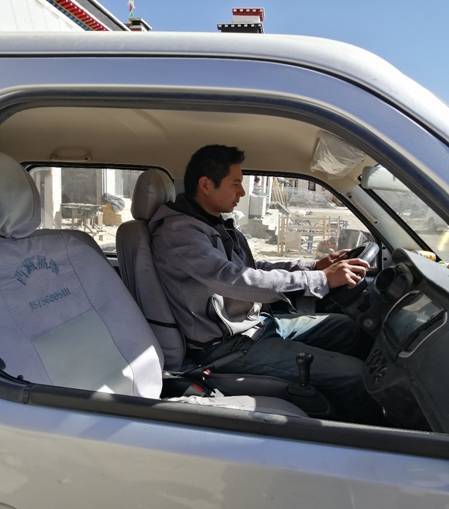 Yang Tao, the courier of the delivery service station at the foot of the Qomolangma, also known as Mount Everest, prepares to go out to pick up parcels on Nov 11, 2020.

Yang said the number of parcels was expected to increase rapidly as "China's Singles' Day" online shopping festival fell on Wednesday, and the festival is similar to "Black Friday" in Western countries.

"During the one-week long Single's Day in 2019, I sent out more than 100 parcels, and this year, I have already got more than 200 parcels with the first wave of the shopping festival, " he said.

"I think I will become busier in the coming weeks, and I better to be fully prepared."