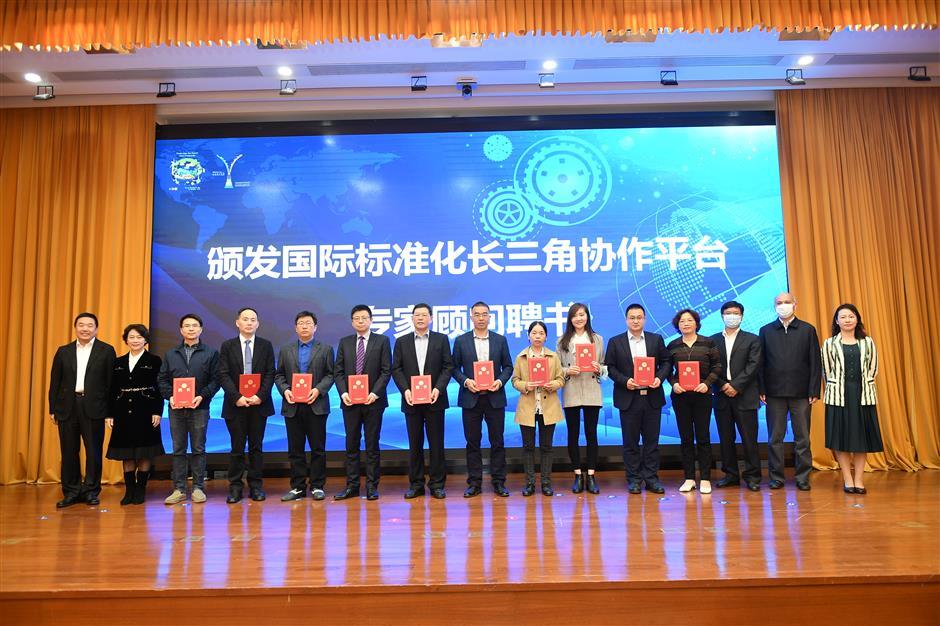 Experts are appointed to contribute their expertise to a new standardization platform.

Market watchdogs in the Yangtze River Delta region launched a collaboration platform for international standardization on Tuesday to fuel the integrated development of the region.

Twenty-one pilot programs covering areas such as 5G technology cables and new materials were released with the establishment of the platform.

The platform will integrate advantages in industry, technology and talent in the region to create a regional "standard highland," serving the national strategy of the integrated development of the region, authorities said.

Market regulators in the region have released a number of coordinated regional standards covering tourism, transport and logistics such as senior care agencies' facilities and services and recreational vehicle tourism service areas.

"With the deepening development of economic globalization, standardization is playing a more important role in facilitating economic and trade exchange, promoting the advance of science and technology and regulating social governance," said Chen Tong, vice mayor of Shanghai.

The city had 253 local standards on social governance and public service by the end of last year. Standards on senior care, medical insurance and Metro operation services have lifted the public service levels of relevant industries, the Shanghai Administration for Market Regulation said.

Last year, the city released three local standards for the new energy and intelligent connected vehicle industries. These provide support to the safe operation of new energy cars in the city and promote the development of charging poles and other supporting infrastructure, the administration said.