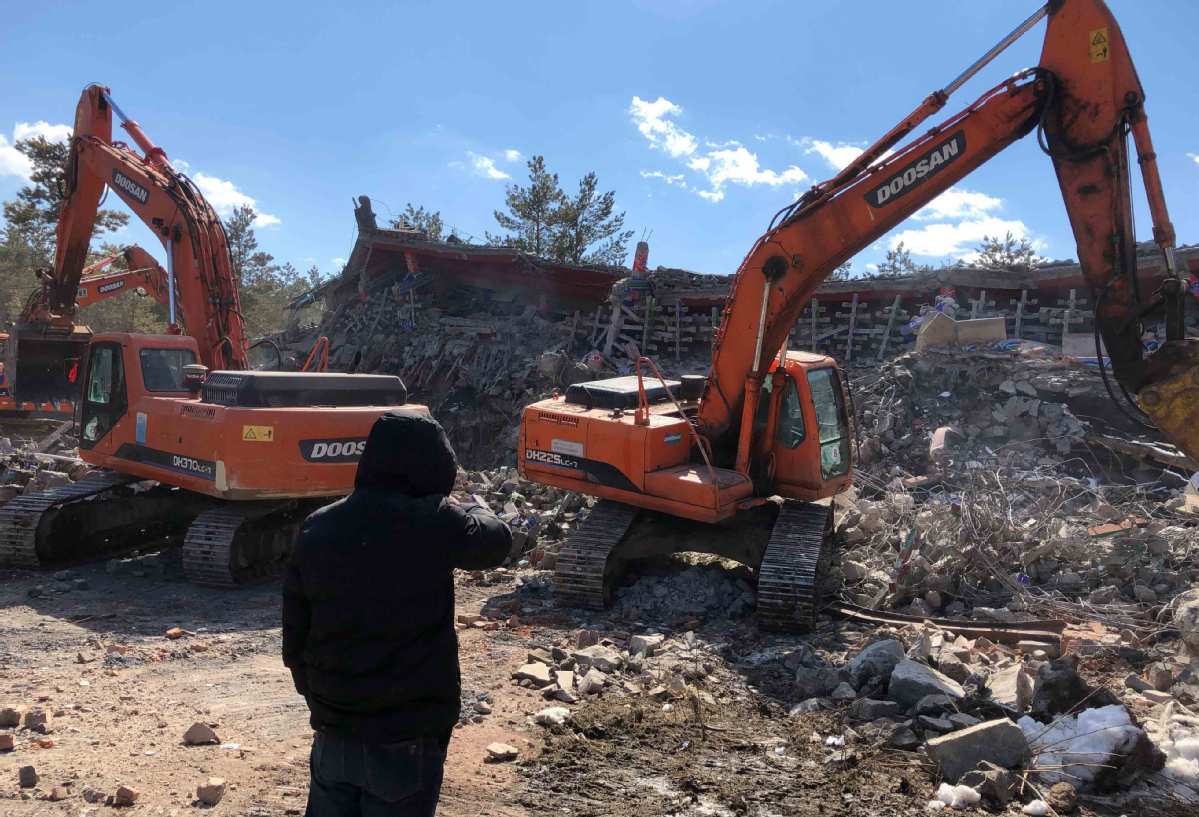 Heavy equipment is used in the demolition of the Gardens of Cao in Mudanjiang, Heilongjiang province, on Wednesday. (Photo: China Daily)

An investigative team headed by senior officials in the province found that the Gardens of Cao on Zhangguangcai Mountain had been built on land that was supposed to be used for forest preservation.

The Gardens of Cao takes the family name of local businessman Cao Bo.

Heilongjiang Caoyuan Culture Investment Co, of which Cao Bo is the president, was ordered to demolish the illegal buildings and restore the forest, the investigative team announced on Tuesday.

On Wednesday, the road to the garden was blocked and its gate was destroyed by explosives.

After a preliminary investigation, the team determined that the company's activities, including logging, land occupation and construction, were illegal. The inspection came after a report by China National Radio on March 19 saying that illegal private gardens had been built on Zhangguangcai Mountain.

According to investigators, the State-owned Junmachang forest farm, where the gardens were built, is classified as commercial forest and can only be developed with approval.

However, 19.05 hectares were illegally used for construction of the garden between 2006 and 2018 without approval.

Further, the company illegally removed 1,416 cubic meters of timber during the period.

The Gardens of Cao included three gardens and a museum built in the style of Huizhou architecture.

Cao announced on the gardens' website that he planned to build a scenic spot and a place to preserve people's health.

The team also announced that some staff workers at the Junmachang forest farm would receive severe punishment for their inaction over the years. It also said it will look into the responsibility of others in Heilongjiang Caoyuan Culture Investment Co.