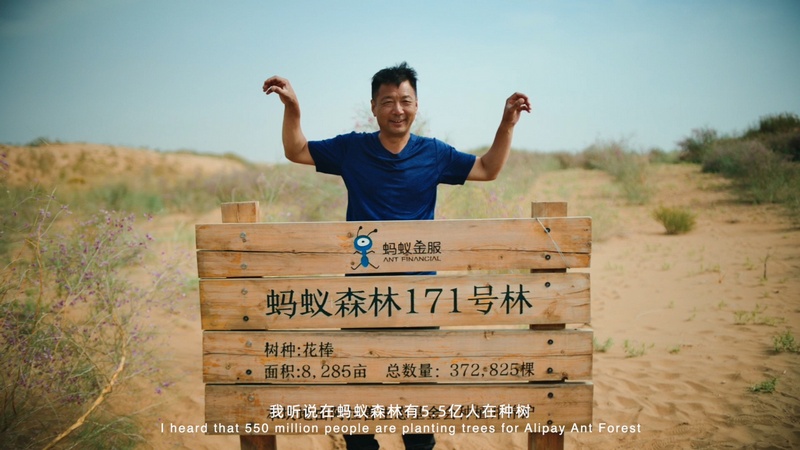 Liang Cunxin stands in a   Hedysarum scoparium cultivation base in Alshaa League, Inner Mongolia autonomous region. He has planted the shrub in the desert for four years. [Photo provided to chinadaily.com.cn]

Liang Cunxin, a herdsman in Alshaa League, Inner Mongolia autonomous region, has cultivated Hedysarum scoparium, a plant that can survive in dry regions, for millions of Alipay users since 2016.

Four years ago, Alipay launched a project to plant trees in exchange for people making lower-carbon choices, such as using public transportation. When the project came to Alshaa League, Liang was the first to sign up, planting a shrub of Hedysarum scoparium.

The plants are mainly used to solidify sandy soil and beautify the desert environment. Liang and other local farmers receive salaries or subsidies from the government for their efforts.

"Growing plants supports my family and benefits other people. It is the best job for me," Liang said.

After growing Hedysarum scoparium for two years, Liang and his household were identified as poverty-stricken. Shortly thereafter, he established a cooperative, with more poor farmers and herdsmen taking part in growing the species.