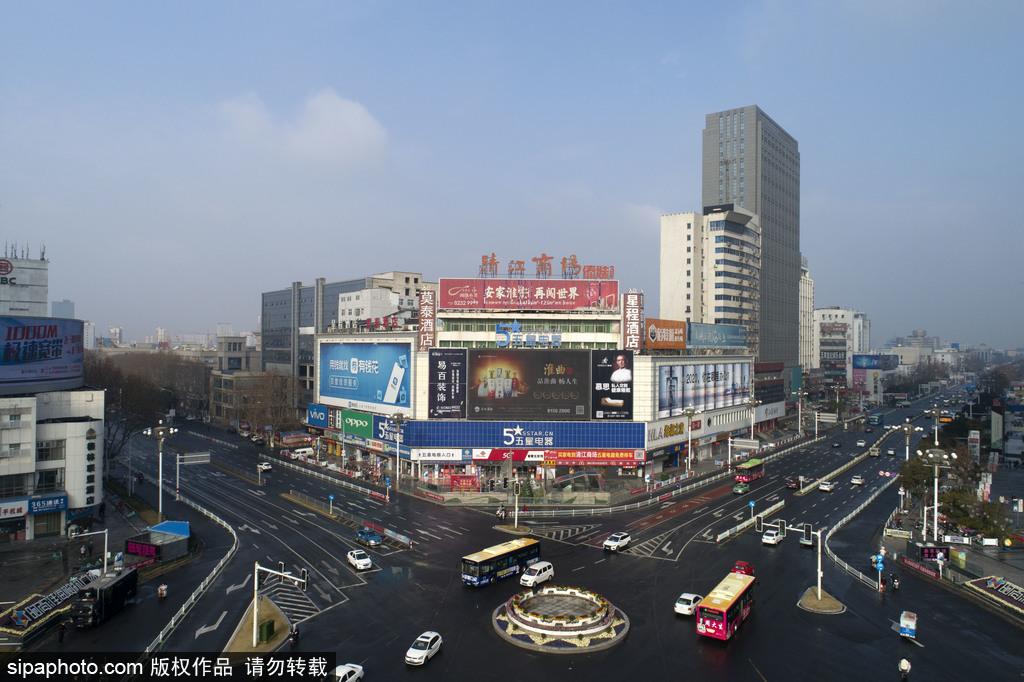 A bird's-eye view of the city of Huai'an in East China's Jiangsu province on Jan 27, 2020. [Photo/sipaphoto.com]

More than 90 hotels nationwide have been designated by local governments to receive travelers from Hubei province, epicenter of the novel coronavirus outbreak, said the tourism organ of Wuhan, the provincial capital.

The provinces or regions with the designated hotels include the provinces of Yunnan, Guangdong, Hunan, Hainan and Shaanxi, as well as Guangxi Zhuang autonomous region, according to Wuhan Bureau of Culture and Tourism. The hotels and places are increasing.

The move followed some online claims that some travelers from Wuhan or other cities in Hubei had been treated inappropriately by people in other places, for fear of infections.

The user Ludougao on Sina Weibo, one of China's social media platforms, said in a post on Sunday that she was refused by hotels in Changsha city in Hunan province, which said they were not allowed to receive any tourists from Hubei.

While providing help to those travelers, the bureau also calls for them to obey the arrangement of local governments in places where they are staying in joint efforts to control the spread of the virus.

More than 5 million people have left Wuhan due to the Spring Festival and epidemic, and about 9 million people are still in the city, Wuhan Mayor Zhou Xianwang said on Sunday night.