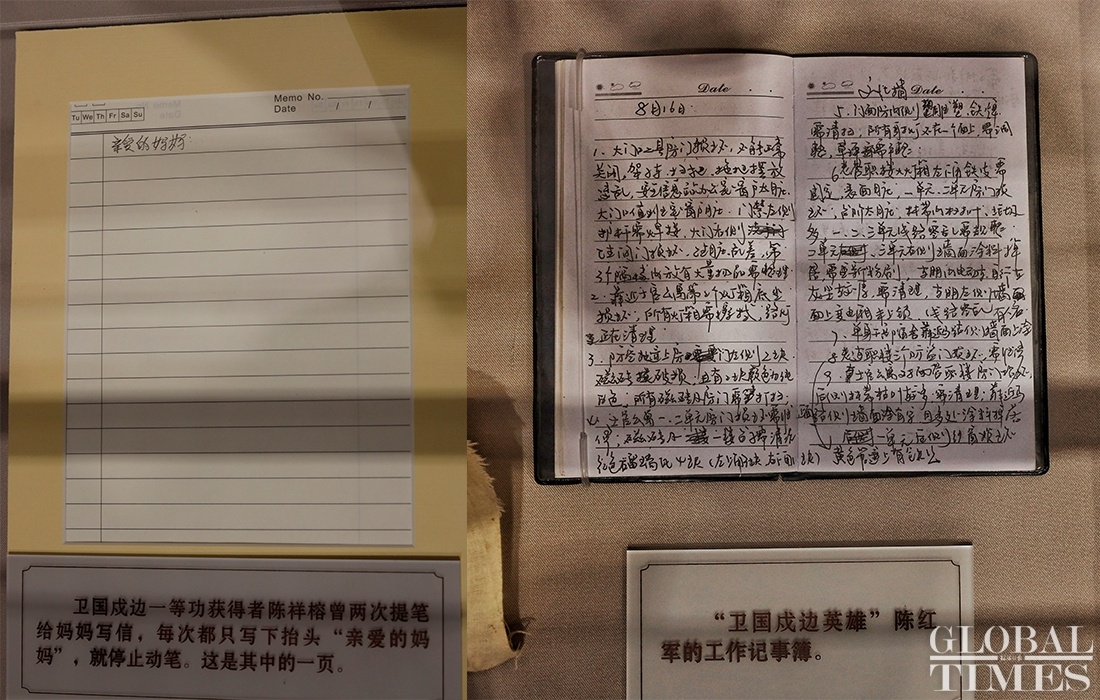 Martyr Chen Xiangrong's unfinished letter to his mom and the working diary of battalion commander Chen Hongjun who wrote down every one of the daily missions. (Photo: Agencies)

Chinese media revealed on Saturday, for the first time, details of how Chinese officers and soldiers sacrificed their lives in the Galwan Valley clash in 2020, including martyr Chen Hongjun.

According to a report by the Xinhua News Agency on Saturday, during the battle, when regimental commander Qi Fabao was besieged by Indian troops at the vanguard, Chen Hongjun took two other soldiers and rushed forward against the stones that were being hurled and the blows from sticks wielded by Indian troops. Using his body as a shield, Chen rescued Qi.

As he saw several soldiers were besieged by the Indian troops, Chen Hongjun, once again, turned around without hesitation and led the soldiers to charge again at the battleground.

At the battleground where Chen Hongjun and other soldiers died, soldier Chen Xiangrong was lying next to Chen Hongjun's body, maintaining a posture of protecting his battalion commander, the Xinhua report said.

Xinhua said it is Chinese officers' and soldiers' shared belief - to live or to die together in the battlefield - that had helped earn the victory over Indian troops with fewer people during the Galwan Valley clash in June 2020.

Shouldering the brave responsibility to defend the borderland and to fulfill the promise that "Please rest assured, the motherland, I'm here at the border," the 33-yeard-old Chen Hongjun sacrificed his life to the frontline defense confrontation with India in the Galwan Valley in June 2020, along with other four of his comrades-in-arms, who had stationed in the Karakoram Mountains with the People's Liberation Army (PLA) Xinjiang Military Command.

Before July 1 when the Communist Party of China (CPC) celebrated the centennial of its founding in July 1, 1921, the CPC Central Military Commission awarded Chen Hongjun the honorary title of "Hero to defend the border" and he was also one of the 29 awardees of the July 1 Medal, the highest honor given by the CPC.

The other Chinese frontier officers and soldiers stationed in the Karakoram Mountains were also recognized by the CPC Central Military Commission for defending national sovereignty and territorial integrity in the border confrontation with India.

After the sacrifice of Chen and his comrade-in-arms, soldiers and officers in the Karakoram Mountains initiated a wave of fervor for "learning from heroes and becoming heroes." They vowed to defend the land that the heroes had made enormous sacrifice to defend.

Many frontier officers and soldiers have written a stern oath - Give up no inch of the picturesque landscape of China - on their helmets to remind them of their most important mission as Chinese soldiers.

Chen's mother Ding Nianbi, as being cited by Xinhua, recalled that since Chen was a child, he wanted to become a soldier to defend his homeland. He often wore his uncle's military hat and even borrowed a military uniform from one of his classmates to have pictures taken. He told his mother, "One day, I will wear this military uniform."

Chen passed the exams to become a police officer after graduating from Northwest Normal University in 2009. But he decided to join the army instead.

He majored in psychology in university and had zero military knowledge, but he was a quick learner.

Over the years, Chen served in many positions, including platoon commander, staff officer, company commander and unit commander, and became the youngest battalion commander of the regiment in 2020. He did this in 11 years. In each position Chen performed well, a political commissar from the regiment told Xinhua.

In his family, Chen was a heartwarming person. Even though Chen lived thousands away from his wife Xiao Qianwen, he would mail gifts to her in every festive occasion.

During the Spring Festival in 2020 when Chen had his last vacation of life, Xiao recalled, Chen had made her meals every day. "It was the happiest moment, a state that a family should be like," Xiao said.

Xiao still clearly remembered the last time they had a video call, on June 5, 2020, when Xiao was five months' pregnant. "He wanted our child to be a girl," Xiao said. When asked if he would still love the child if it was a boy, he said repeatedly on the phone "I would love, love, love." 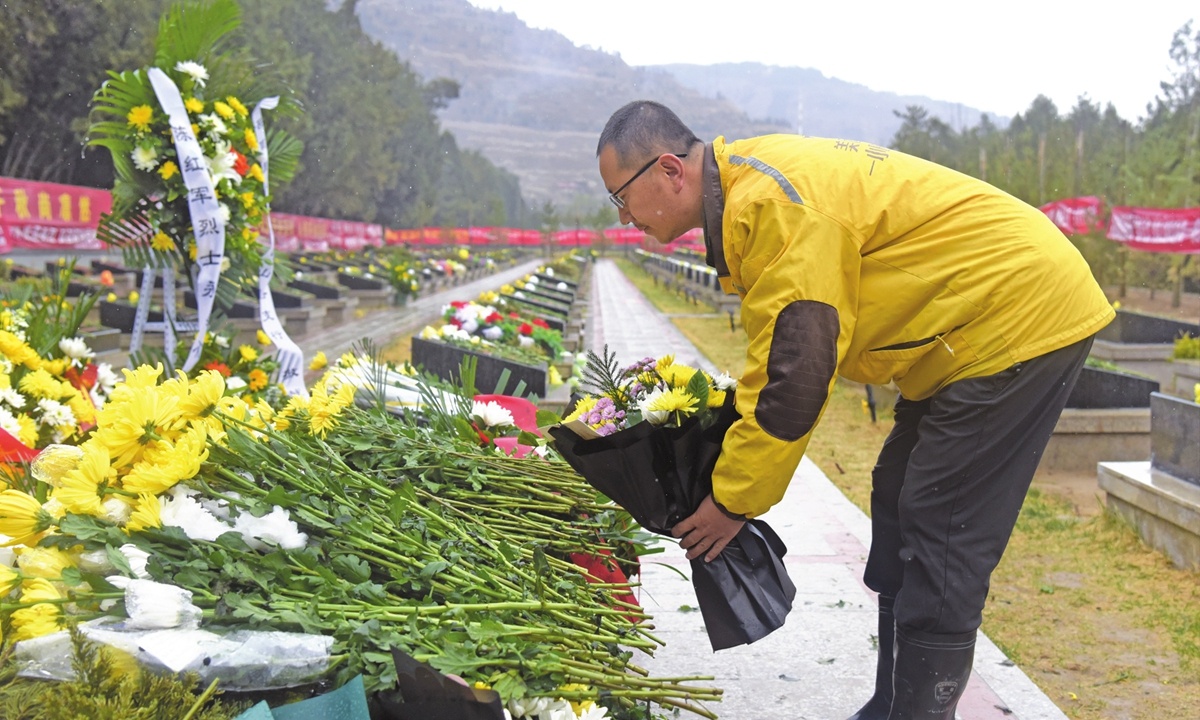 To inspire more Chinese people to remember their heroes and be brave in fighting against an enemy, the belongings of Chinese martyrs who sacrificed their lives in the Galwan Valley border clash - a cotton jacket that was torn into pieces in battle, an application letter to join the CPC, and a working diary, to name just a few - were put on exhibition for the first time in the Chinese Military Museum in Beijing.