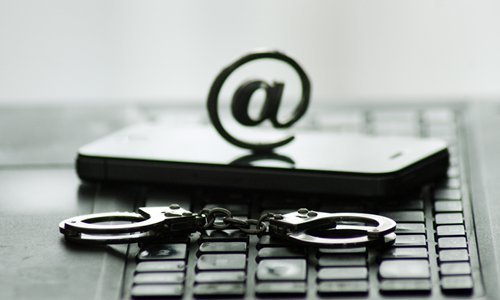 The administrative detention of a woman who was detained by police in Southwest China's Guizhou Province for calling the Party chief of a residential community a "bungling oaf" has been revoked, after the incident sparked public uproar over police abuse of power.

The woman, surnamed Ren, was detained in Guiyang, the capital city of Guizhou Province, on November 3, 2020 by police from Bijie, another city in the province. She was then taken back to Bijie and given a three-day administrative detention by local police, reported The Paper on Tuesday.

The Party secretary of the community, surnamed Liu, who was also in the WeChat group, responded to Ren, "Whether an owners' meeting is held and how it should be held should be decided by the property management committee."

Displeased with Liu's response, Ren posted a screenshot of Liu's response in another WeChat group which was dedicated to protecting the rights of property owners, with a message: "Look what the bungling oaf secretary has said."

Being called "bungling oaf," the Party secretary reported the woman's behavior to the police and she was detained by police while she was in another city.

The incident caused public uproar about the abuse of power by police. The topic "police revoke administrative detention against a woman for scolding community service Party secretary" has been viewed more than 280 million times with more than 16,000 netizens joining the discussion as of press time.

"The director and related police officers from the police substation have been suspended for investigation. The local Commission for Discipline Inspection has set up an investigation team to investigate whether there were violations of the law and discipline," said the statement.

"The community secretary is a person who holds public power and whose behavior should be supervised by society and the people. Writing letters, sending WeChat messages, and Weibo blogs are all acts of supervision over public power," Yang Yang, a professor with School of Political Science and Public Administration, China University of Political Science and Law, told the Global Times on Wednesday.

"Some law enforcement agencies, such as the police, do not understand the boundary between public power and freedom of speech. When criticizing the government, even if there are some excessive statement by the public, the person in power should be more tolerant of them," Yang said.

"The term may be a little bit provocative, but in any case, one cannot call the police and arrest people for a few words of scolding or complaining. The reaction of the community secretary reflects both the perfunctory work style and the insolent attitude," the website of the Central Commission for Discipline Inspection (CCDI) of the CPC commented on Wednesday.

"Law enforcement agencies should take the lead in abiding by the law and enforce the law impartially. They must not add personal emotions to investigations, and also must not abuse their power and infringe upon the legitimate rights and interests of the people," commented CCDI.

"In the internet era, there is no hiding place for officials to play with official authority. If an official does not listen to what the people say, he will end up shooting himself in the foot," Chinese newspaper Cankao Xiaoxi said.