CHINA Development should be a priority in international cooperation: Wang Yi

Development should be a priority in international cooperation: Wang Yi 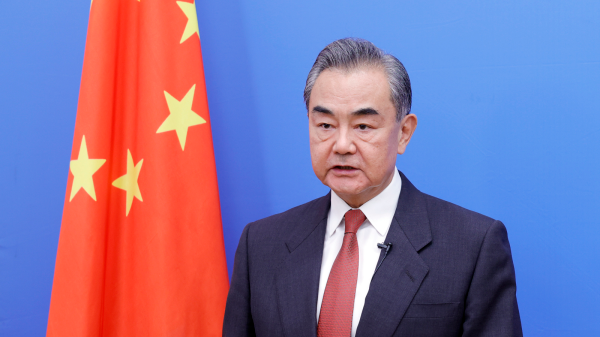 Development should be a priority in international cooperation and it is important to adhere to a people-centered development approach, Chinese State Councilor and Foreign Minister Wang Yi said in his written speech at the Ministerial Meeting of the Group of 77 and China.

Developed countries should deliver on their official development assistance and climate financing commitments, said Wang, also a member of the Political Bureau of the Communist Party of China (CPC) Central Committee, adding that multilateral development banks and commercial creditors have the obligation to participate in debt suspension for developing countries.

The foreign minister called for accelerating the implementation of the 2030 Agenda for Sustainable Development and jointly striving for important deliverables of the 2023 SDG Summit, the Third South Summit, and the High Level Dialogue on Financing for Development.

"The population of the G77 and China accounts for over 85 percent of the world's total. Our modernization will be the most significant event that will change the history of mankind and steer the world in a more stable, balanced and prosperous direction. We should actively engage in exchanges and cooperation in economic development, deepen economic and trade ties, and better coordinate our development," he added.

The Group of 77 and China is the world's largest cooperative organization for developing countries, with more than 130 member countries.