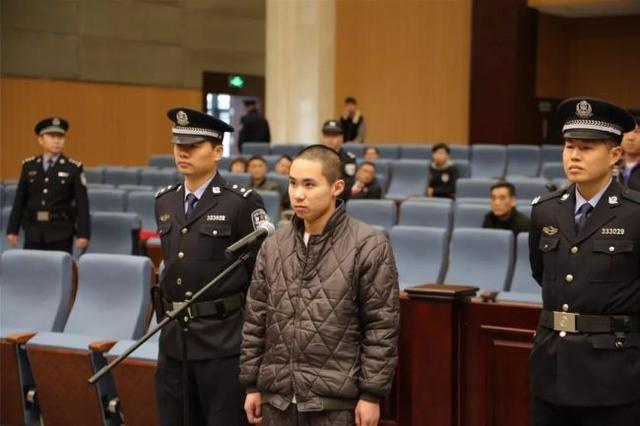 Zhong Yuan, a Didi driver who raped and killed a 19-year-old female passenger in Wenzhou, Zhejiang province, last year, was executed by a court on Friday after China's top court approved his death penalty.

The Wenzhou Intermediate People's Court announced the decision made by the Supreme People's Court on Zhong's case and then executed him under the supervision of prosecutors.

Before the execution Zhong was allowed by the court to meet his family members.

The 28-year-old native of Sichuan province had debts from online gambling and planned on robbing his female taxi passengers, the court said. Zhong, who worked as a driver for Didi, the country's largest ride-hailing company, had prepared tools for the robberies including knives, masks and adhesive tape.

The next day, he raped and stabbed to death a 19-year-old female passenger surnamed Zhao in Yueqing county, Wenzhou. He dumped her body on the slope of a cliff near the highway.

The case stirred a public outcry and triggered a nationwide safety check of drivers working in the online ride-hailing industry. It also prompted the Ministry of Transport to announce plans to tighten regulation of the industry.

On Feb 1, Zhong was handed the death penalty and fined 25,000 yuan ($3,495) by the Wenzhou court after being found guilty of robbery, rape and intentional homicide. The Zhejiang High People's Court later upheld the judgment.

Under the Chinese Criminal Procedure Law, any death penalty made by a lower court must be submitted to the SPC for review before execution.

On Friday, the top court said in a statement that Zhong should be heavily penalized, as his behavior was extremely cruel and negatively impacted society.

"The ruling made by the court in Wenzhou was based on sufficient evidence and clear facts," it said. "The application of the law and the sentence given by the court were also correct and reasonable."